NEWS: Rep. Edgmon Concerned with Settlement of Pebble Mine Lawsuit

Juneau – Representative Bryce Edgmon (D-Dillingham) has released the following statement in response to the settlement of a lawsuit between the Environmental Protection Agency and the developer of the proposed Pebble Mine. The settlement forces the EPA to back off from its finding under the Clean Water act that a mine would do severe damage to the Bristol Bay watershed, fish, and wildlife. The settlement also sets a deadline for the Pebble Limited Partnership to apply for permits to develop a large gold, copper, and molybdenum mine on state owned land north of Lake Iliamna in the Bristol Bay region.

Juneau – Representative Andy Josephson (D-Anchorage) released the following statement upon learning that the Alaska Department of Natural Resources (DNR) is placing new requirements on the Pebble Limited Partnership’s land-use permit for its mining claims in the Bristol Bay region. DNR is requiring some of the boreholes drilled during exploration activities be inspected, reclaimed, and closed during the upcoming 2017 field season. 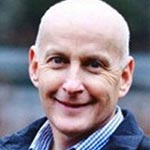 JUNEAU- On Tuesday, the House Fisheries Committee passed House Bill 119 sponsored by Representative Andy Josephson (D-Anchorage). The bill seeks to protect the world-famous Bristol Bay fisheries from the harmful impacts of any large-scale metallic sulfide mine located within the boundaries of the existing Bristol Bay Fisheries Reserve.

JUNEAU – Today, Representative Andy Josephson (D-Anchorage) introduced a bill aimed at further protecting the Bristol Bay fisheries against the impacts of a large-scale mine located in the watershed of the Bristol Bay Fisheries Reserve. 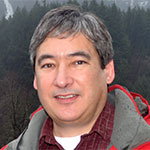 The UAS/high school course “Introduction to Mining Occupations and Operations” will start on Monday January 26, 2015, be held on Mondays and Wednesdays from 4:15 – 6:00 pm, and will conclude on April 15. The University awards 3 UAS credits to students who successfully complete the course and provides full scholarship to pay all the costs of the course.

Today, Representative Les Gara (D-Anchorage) released the following statement after the Environmental Protection Agency issued its final assessment of the impact of mining in the Bristol Bay region of Alaska.