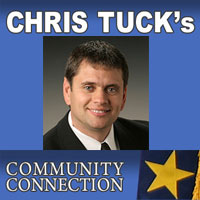 As your Representative, I take very seriously that you have a right to be informed about what your government is doing. The Legislature has gone from the regular 90 day session into extended session and then into a special session in Juneau called by the Governor. It has now adjourned and called itself into a second special session in Anchorage.

ANCHORAGE – Wednesday, the Senate Education Committee passed a new version of a bill that includes Erin’s Law, which is a proven tool to prevent child sexual abuse. House Bill 44 also included language calling on public schools to teach students about how to prevent dating violence. The new version of the bill was amended by the Senate Education Committee, at the behest of Senator Mike Dunleavy (R-Wasilla), to bar organizations like Planned Parenthood from teaching students about sexuality or sexually transmitted diseases. It also requires school districts to get parental permission before students can take classes about human reproduction or sexual matters. The new version of House Bill 44 also eliminates requirements for schools to offer college readiness tests.

JUNEAU – Tonight, several Democratic lawmakers are hosting a public hearing on Erin’s Law, which Governor Bill Walker included on the call for the ongoing First Special Session of the 29th Alaska Legislature. Erin’s Law would require youth be taught a personal body safety curriculum that gives them information to keep them safe from child sex abusers. Representative Geran Tarr (D-Anchorage) has been a champion for Erin’s Law and introduced legislation to implement the law the past two years.

JUNEAU – The First Special Session of the 29th Alaska Legislature is underway and one of the items before lawmakers is legislation to implement Erin’s Law. The law would require youth be taught a personal body safety curriculum that gives them information to keep them safe from child sex abusers. Representative Geran Tarr (D-Anchorage) has sponsored Erin’s Law legislation for the past two years and is pleased Governor Walker included it on the call for the ongoing Special Session. 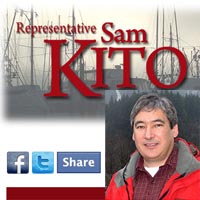 The House Independent Democratic Coalition and the Senate Democrats are holding public hearings across Alaska in response to the disappointing lack of progress and opportunity for public involvement in the special session. The public hearings will focus on listening to the Alaska public on the special session issues of the state budget, Medicaid expansion, and Erin’s Law.

The session should have adjourned on April 19th, but we have gone into overtime to make sure we have a budget that reflects the priorities of Alaskans, including education funding, Medicaid expansion, Erin’s Law, and cutting wasteful spending. This session I’ve received thousands of emails and calls of support for these priorities. When we held budget hearings thousands of Alaskans called in to support these priorities. The support has been overwhelming while the oppositional is minimal. Also, in the case of Medicaid expansion most opposing are asking for reform. I’m proud to have supported House Bill 148, that includes both expansion and reform that will result in hundreds of millions of dollars of savings.