Last week, Governor Walker called the legislature back to Juneau for a fourth special session on October 23. As part of the announcement, the Governor proposed a capped payroll tax to help close Alaska’s budget deficit. 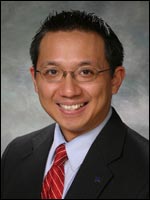 More than a 100 years ago, the trader ET Barnette steamed forward through the Chena Slough. Originally headed to create an outpost between Valdez and Eagle, he was forced to unload supplies on the banks of the slough near where the Barnette Street Bridge stands today. One year later, an Italian immigrant named Felice Pedroni discovered gold near Fox and the town quickly grew around the city center. By 1905, several thousand indigenous people, adventure-seekers from all over the US, and international immigrants called themselves Fairbanksans.