Anchorage – In the wake of an historic election, a new majority caucus has formed in the Alaska House of Representatives.  The new House Majority is made up of 22 Republicans, Democrats, and Independents who have pledged to put aside party labels and address Alaska’s fiscal challenges.  The new House Majority will be led by Representative Bryce Edgmon (D-Dillingham), who will serve as the Speaker of the House.

“The severe drop in oil revenues, coupled with legislative inaction, has contributed to the current recession that threatens our economy, the livelihoods of thousands of Alaskans, and essential services like education and public safety,” said Speaker Elect Edgmon.  “The members of the new House Majority are dedicated to passing a legislative agenda that addresses the fiscal crisis and the root causes of the crisis.”

“The size and scope of the problems facing Alaska warrant this historic effort to create a majority organization that will make the hard choices that must be made to protect this great state,” said Rep. LeDoux.  “It’s time to focus on real solutions. That’s what we are going to do and I hope every member of the Alaska Legislature will join us in this effort.”

A stated goal of the new House Majority is to work cooperatively with the Minority members in the House of Representatives, the members of the Alaska Senate, and the administration of Governor Bill Walker to create and pass needed legislation with the full input of the people of Alaska.

“The results of the election show a clear need for change and the members of this new majority organization understand and embrace that challenge,” said Rep. Seaton.  “By working together and putting aside partisanship, we can make the changes the people of Alaska demand and protect the Alaskan way of life.”

“Alaska is blessed with tremendous natural resources and resilient people that, in the past, have always come together as Alaskans to overcome challenges,” said Rep. Tuck.  “Solutions to our fiscal problems exist and we can get there if we all pull together, work hard, and put Alaska before party.”

“I am so eager to get to work because I know the dedication to solutions that exists among the members of this majority organization,” said Rep. Stutes.  “We are facing a $3 billion deficit, a downgraded credit rating, and fiscal challenges like we have never seen before.  Together we can overcome these obstacles and any other roadblocks in our way.”

The members of the new House Majority met earlier today to formalize the team that will lead the new majority caucus in the 30th Alaska Legislature, which will convene January 17, 2017 in Juneau.

The leadership team of the new House Majority will hold a press availability to answer questions today at 3:00 p.m. in the Chesloknu Conference Room of the Dimond Center Hotel in Anchorage. 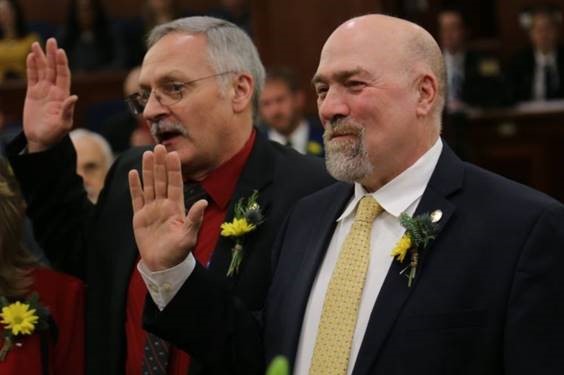