JUNEAU – The Alaska House of Representatives today formally passed a fully funded operating budget for Fiscal Year 2018 that ensures the delivery of essential services and protects the Alaska economy.  The $5.1 billion General Fund operating budget reduces spending on agency and statewide operations by a net of $82.5 million compared to the 2017 budget, even after Governor Bill Walker’s vetoes.

“Our Coalition developed this budget with one goal in mind, to protect and stabilize the Alaska economy.  This budget represents one of the four pillars of our plan, the smart and targeted budget cuts we promised the people of Alaska,” said Speaker of the House Rep. Bryce Edgmon (D-Dillingham).  “However, we can’t fix our multi-billion dollar budget deficit with cuts alone.  To do so would send our economy further into a recession and jeopardize thousands of public and private sector jobs.  That’s why the attention of the House now turns to the other pillars of our plan.  We hope to have real oil tax credit reform passed in the coming days, along with a bill that ensures future Permanent Fund Dividends and brings in the new revenue necessary to make a fiscal plan truly comprehensive and sustainable.”

House Bill 57 is evidence of the Alaska House Majority Coalition’s commitment to educational opportunities in Alaska.  The budget fully funds public education, leaving the current Base Student Allocation (BSA) unchanged and using $1.7 billion in Permanent Fund earnings to forward fund public education.  During the amendment process, the House voted to re-appropriate $17 million from the delayed U-Med Road in Anchorage to the Public Education Fund.  HB 57 also includes funding for pre-kindergarten and other early learning programs with demonstrated value in Alaska.  Additionally, the bill maintains the level of funding for the University of Alaska proposed by Governor Walker.

“This budget reflects the values of the members of the Alaska House Majority Coalition.  We believe in educational opportunities for our children, not further reductions for schools struggling with multiple years of cuts and ballooning healthcare costs,” said House Finance Committee Co-chair Rep. Paul Seaton (R-Homer).  “We believe in a more efficient state government, which is why we found an additional net $82.5 million in General Fund agency and statewide cuts.  We believe in a strong and stable economy, which is why we made sure the budget that leaves the House is fully-funded and sustainable.  Our work is not over.  This budget was just the first piece of our comprehensive fiscal plan.  There is work to do to establish a stable and balanced revenue stream that is fair to all Alaskans.  We must also complete the work left undone last year to reform oil tax credits because the current oil industry subsidy system is financially unsustainable, resulting in harmful uncertainty for the industry.”

The FY 2018 operating budget that formally passed the Alaska House of Representatives today includes funding to pay 2018 Permanent Fund Dividends in the amount of $1,150 and puts $120 million towards inflation-proofing the Permanent Fund.  Additionally, the budget preserves funding for Senior Benefits, Behavioral Health Treatment grants, and the Women, Infants, and Children Program.

“Far too often cuts to state government disproportionally hurt rural Alaska and our small cities and villages.  This budget does not do that because from start to finish we wanted to treat every region of Alaska fairly,” said House Finance Committee Co-chair Rep. Neal Foster (D-Nome).  “As the House and Senate advance differing fiscal plans, Alaskans need to ask one very simple question, is it fair?  Our plan is fair because we use budget cuts, oil tax credit reform, the appropriate use of Permanent Fund earnings, and new revenue in the form of a small income tax to spread the burden of addressing our fiscal challenges across the entire state and the whole economy.  I am concerned that some fiscal plans rely on a single source of contributions from Alaskans, including low-income Alaskans and those who live on fixed incomes.”

House Bill 57 passed the Alaska House of Representatives Monday by a vote of 22-17.  Formal passage was delayed until today due to a reconsideration request.  HB 57 will now be sent to the Alaska State Senate for consideration. 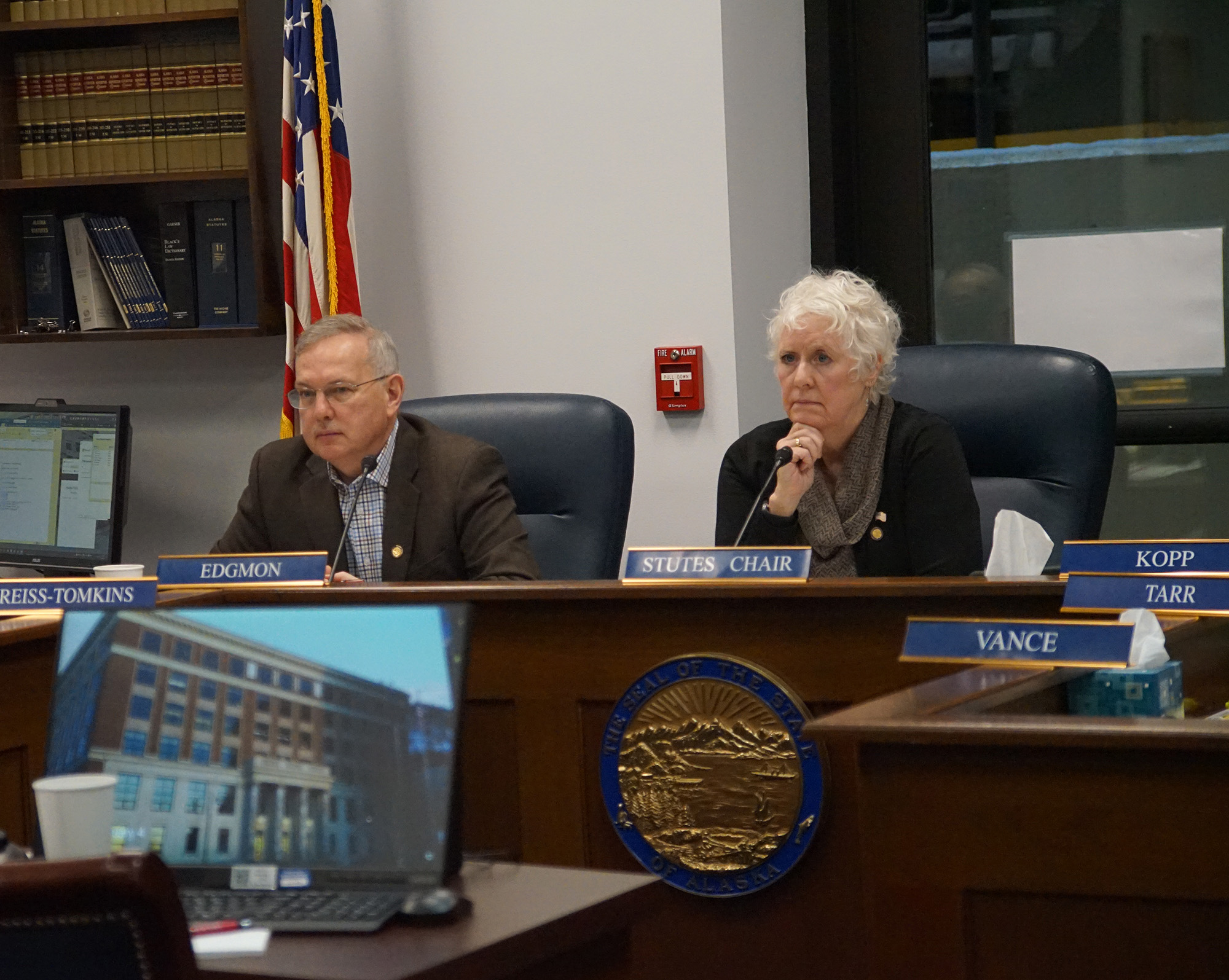