JUNEAU- Last night, Rep. Calvin Schrage’s legislation that would restore campaign contribution limits on politicians and stop out-of-state donors and special interest groups from taking over state and local elections, passed the House Floor with a vote of 21-18. House Bill 234 would reinstate fair and reasonable donation limits that were in place before the Thompson v. Hebdon court decision and the Alaska Public Offices Commission decision not to implement limits proposed by commission staff. Until HB 234 is signed into law, individuals and special interests groups from the Lower 48 can give unlimited amounts of cash directly to politicians and political candidates.

“Alaskans have repeatedly made their position clear over the years – we want fair and reasonable contribution limits in our political campaigns,” said Rep. Calvin Schrage (I-Anchorage). “Without prompt action by the Senate and Governor, we will see floods of cash into elections from the lower 48. It’s in all of our interests to stop Alaska from being taken over by Outside interests.”

“I support campaign contribution limits because it makes candidates put in the work and gain the trust and support of the many neighbors you’re working to represent – not only the big dollar donors,” said Rep. Liz Snyder (D-Anchorage). “Quality, motivated candidates who put in the work on the campaign trail become hard-working public servants who know and represent all of their district well.”

“This is a non-partisan issue,” said Rep. Andy Josephson (D-Anchorage). “Not a single person in my district has told me that they want more money to be pumped into the hands of politicians. I’m hopeful that this bill will see swift passage and that reasonable contribution limits in our elections will be restored.”

HB 234 establishes contribution limits for individuals of up to $2,000 per election for state and local campaigns, while also establishing limits on out-of-state donations to ensure the voices of Alaskans are not drowned out by Lower 48 special interests. The bill also requires these limits to be adjusted every ten years based on inflation. Additionally, it changes campaign contribution limits to a “per campaign period” instead of a “per year” basis, ensuring all candidates are on the same playing field, regardless of when they enter the race. 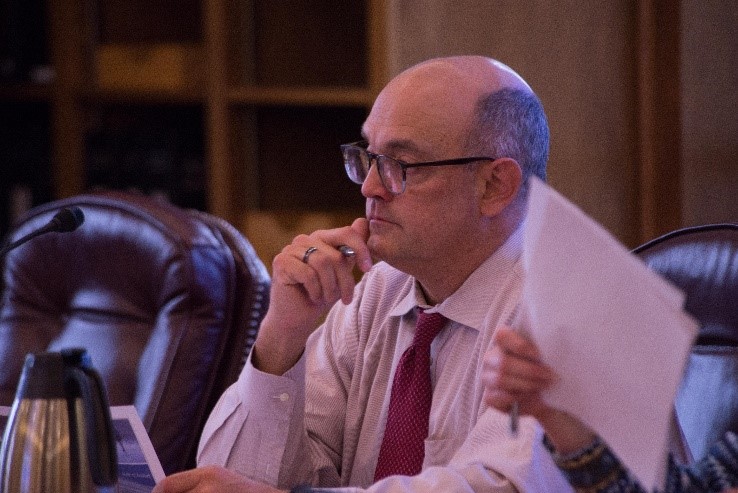