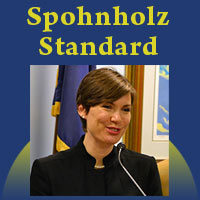 Last week, I updated you about April being Child Abuse Prevention month. April is also national Sexual Assualt Awareness month. Today, in the House State Affairs Committee, we heard a resolution from Senate President Meyer officially designating April 2016 as Sexual Assualt Awareness month in Alaska. The movement to reduce sexual violence in Alaska has been on-going for a long-time now, and according to testimony I heard today it is showing some success–rates of reported sexual violence fell between 2010 and 2015.

Juneau – Today, members of the Alaska Legislature will join the effort to raise awareness of child abuse by participating in Go Blue Friday. Representatives Geran Tarr (D-Anchorage) and Ivy Spohnholz (D-Anchorage) are asking lawmakers and staff to show support for efforts to stop child abuse in Alaska by wearing the color blue today.

I thank Governor Walker for selecting me to fill the seat held by the late Representative Max Gruenberg. While I may never be able to fill Max’s big legislative shoes, I intend to do my best to carry on his legacy of openness, integrity, and diligence. 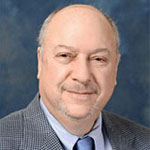 Juneau – Today, the Alaska House of Representatives passed House Bill 273 to simplify, speed up, and lower the cost of vehicle transfers on death. HB 273 will allow a vehicle owner to file an application with the Alaska Department of Motor Vehicles (DMV) to designate a beneficiary to take title of a vehicle upon the death of the owner.

Juneau – Two Democrats in the Alaska House of Representatives are sending a positive message to those who live with disabilities that will lose significant help under the budget passed last week. Representatives Les Gara (D-Anchorage) and Ivy Spohnholz (D-Anchorage) are encouraging Alaskans with disabilities and others to share their stories with lawmakers and to not give up hope that the harmful cuts, to help they rely on, can be reversed.

Juneau – The Alaska Independent Democratic Coalition (AIDC) will hold a press availability Tuesday to introduce Rep. Ivy Spohnholz (D-Anchorage) as the newest member of the Alaska House of Representatives. AIDC Leader Rep. Chris Tuck (D-Anchorage) will also be available to answer questions on the progress of the 2nd Session of the 29th Alaska Legislature.