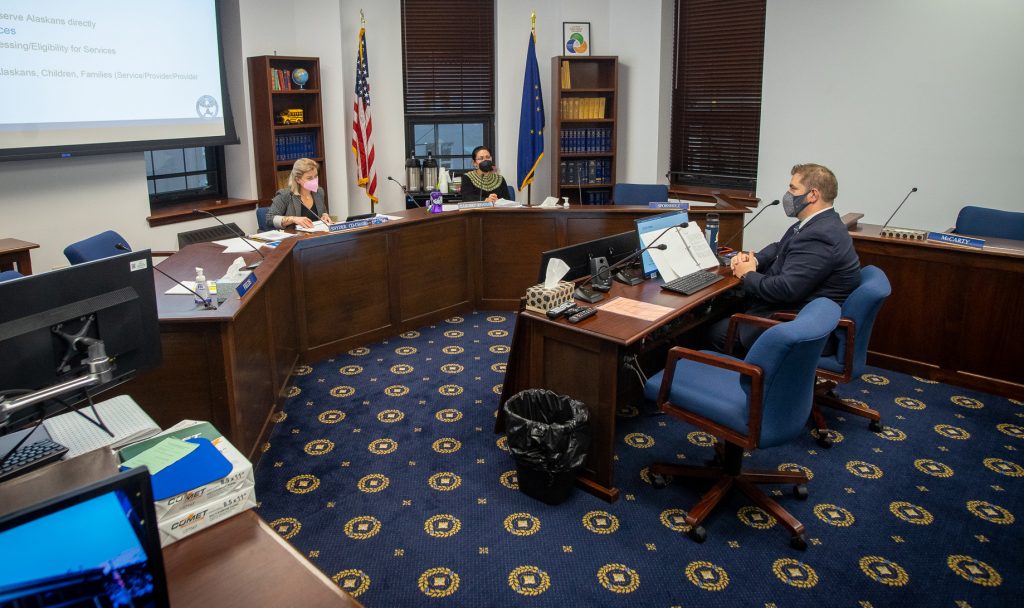 JUNEAU – The Co-Chairs of the House Health and Social Services Committee, along with other members of the Alaska House Coalition, urged caution before rubberstamping Governor Dunleavy’s Executive Order 121. The executive order would set a significant legal precedent that could upset the separation of executive and legislative powers if not overturned by a majority vote in a Joint Legislative Session taken within sixty days of its introduction. The Legislature has until Saturday, March 19, to take action.

“Alaska’s Constitution empowers the Legislative branch with crafting the broad contours of Alaska’s policy and budgetary direction, and the Executive branch with the enactment of the policies and budgets the Legislature directs,” said Rep. Tiffany Zulkosky (D-Bethel). “Separation of powers is fundamental to Alaska’s government, and departures from that norm should be done only in the most extraordinary circumstances.”

“A bill that moves through the full legislative process must accompany this executive order,” said Rep. Liz Snyder (D-Anchorage). “It’s the only way we don’t abdicate our branch’s obligation to manage the changes necessary that fall under the Legislature’s responsibility.”

“An executive order that splits up a department cannot be done without substantial statutory changes, which is a function of the legislature, not the Executive branch,” said Rep. Bryce Edgmon (I-Dillingham). “Executive orders that circumvent that constitutional construct must require an incredibly thorough examination by both bodies.”

“As we’ve examined this executive order, the answers we’ve received from the Department of Health and Social Services have left me with only more questions,” said Rep. Ivy Spohnholz (D-Anchorage). “Our attorneys have identified significant issues with the EO that require both legislation, which the administration has not introduced, and more meaningful engagement with stakeholders before it’s ready. Launching a reorganization of a $3.4 billion organization without a clear plan is a recipe for chaos.”