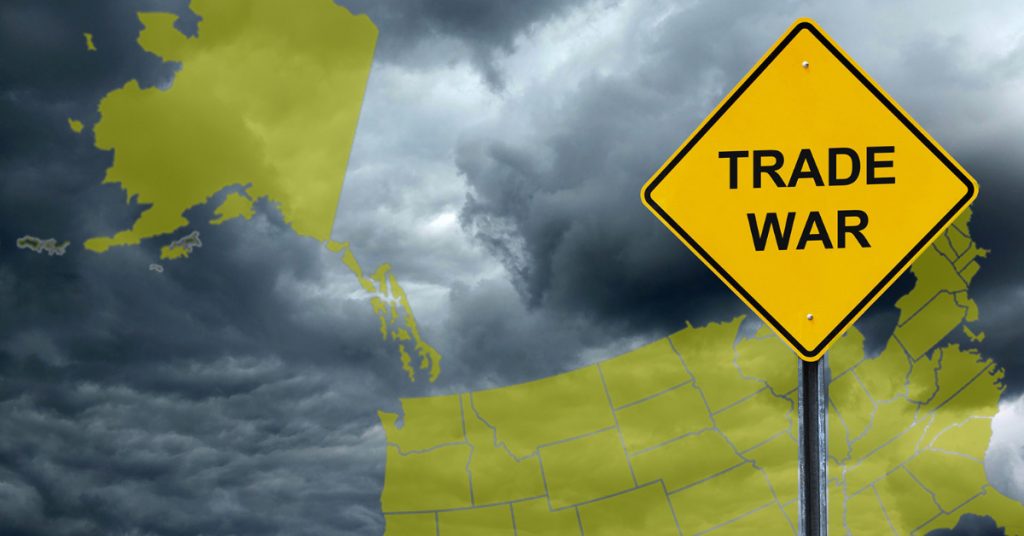 JUNEAU – The Alaska House of Representatives continues to mount pressure on Washington State to step back from the brink of a potential trade war. Following meetings with Washington representatives held by Speaker Stutes and counter legislation introduced by Representative Kevin McCabe, the Alaska House passed HR 11 today by a vote of 33-2, urging Washington to reject SB 5974, which would impose a tax of six cents per gallon on gasoline and diesel fuel exported from the state.

“Washington and Alaska have longstanding cultural and economic ties, ranging from our bountiful fisheries to our responsibly developed oil and mineral wealth,” said Speaker Louise Stutes (R-Kodiak). “As I made clear in my conversations with Speaker Jinkins in Washington, engaging in a trade war is counterproductive and only serves to hurt Alaskans and Washingtonians.”

“I will always stand up for Alaska when outside interests attack us,” said Rep. Kevin McCabe (R-Big Lake). “That’s why I introduced HB 361, which would put a surcharge on oil produced in Alaska and delivered to states that in turn tax us for fuel returned. This resolution and its wide bipartisan support should show our commitment to making sure that we won’t stand idly as Washington looks to make a profit on the backs of Alaskans.”

“Simply put, this bill in its current form is unconstitutional – it puts Alaskans in the role of paying for Washington infrastructure,” said Rep. Ivy Spohnholz (D-Anchorage). “I am proud that Democrats, Republicans, and Independents all came together to stand up for Alaskans and urge the Washington Legislature and Governor to reject this provision in Senate Bill 5974.”