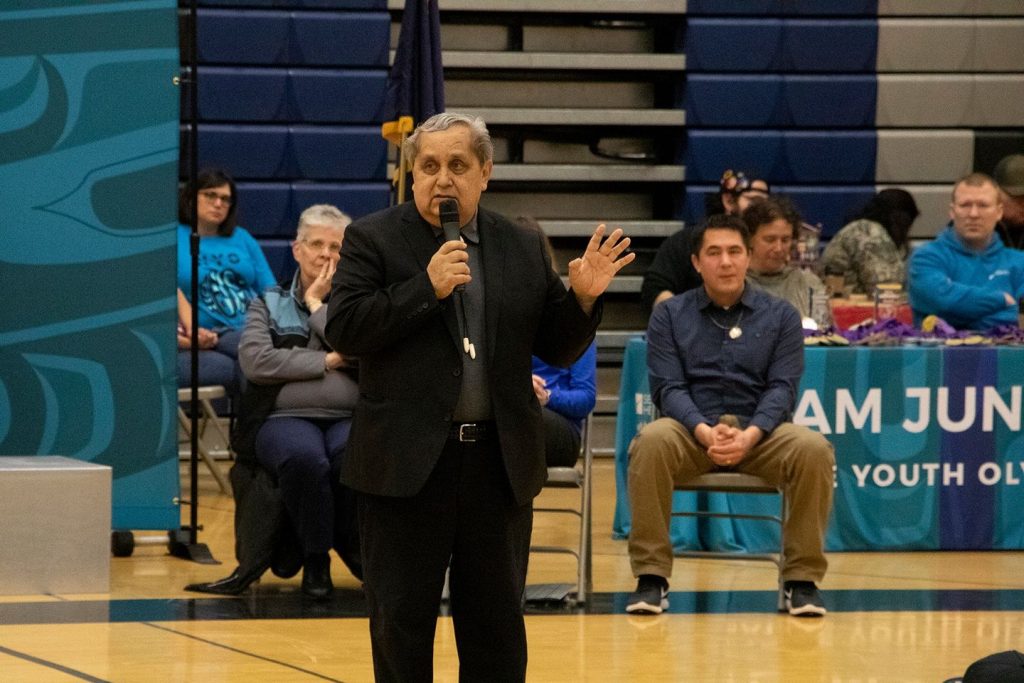 Rep. Kreiss-Tomkins: 'We lost a giant both in Alaska politics and in the Southeast community as a whole'

JUNEAU — Albert Kookesh, a longtime state lawmaker and Alaska Native leader, died this week in his hometown of Angoon. He was 72. Kookesh represented his community for 16 years in the Legislature, beginning in the House of Representatives in 1997 and ending in the Senate in 2013.

He held a number of other leadership roles over the years, including as co-chair of the Alaska Federation of Natives, president of the Sealaska Corporation’s board of directors, and director of the First Alaskans Institute.

Members of the Alaska House Coalition released the following statements on Kookesh and the legacy he leaves behind:

“Albert was a lifelong advocate for his people, a force in Alaska politics, and a legendary Alaska Native leader. He achieved the trifecta of serving in the Senate, as co-chair of the Alaska Federation of Natives, and as president of the Sealaska board,” Rep. Bryce Edgmon (I-Dillingham) said. “

My thoughts are with his wife, Sally, his entire family, and the community of Angoon.”

“We lost a giant both in Alaska politics and in the Southeast community as a whole,” added Rep. Jonathan Kreiss-Tomkins (D-Sitka). “His generous spirit and wisdom will be missed tremendously by all who knew him.”

“It is with deep sadness that I send condolences to the family, friends, and the Angoon community on the passing of former Senator Albert Kookesh,” Rep. Andi Story (D-Juneau) said. “He served our state very well in his lifetime. I always looked forward to seeing him at Celebration and Gold Medal. I will always cherish the kindness and encouragement he showed to me.

Speaker Louise Stutes (R-Kodiak) added, “Albert spent his life working to build a better future for his community and for all Alaskans. His service will not be forgotten.”