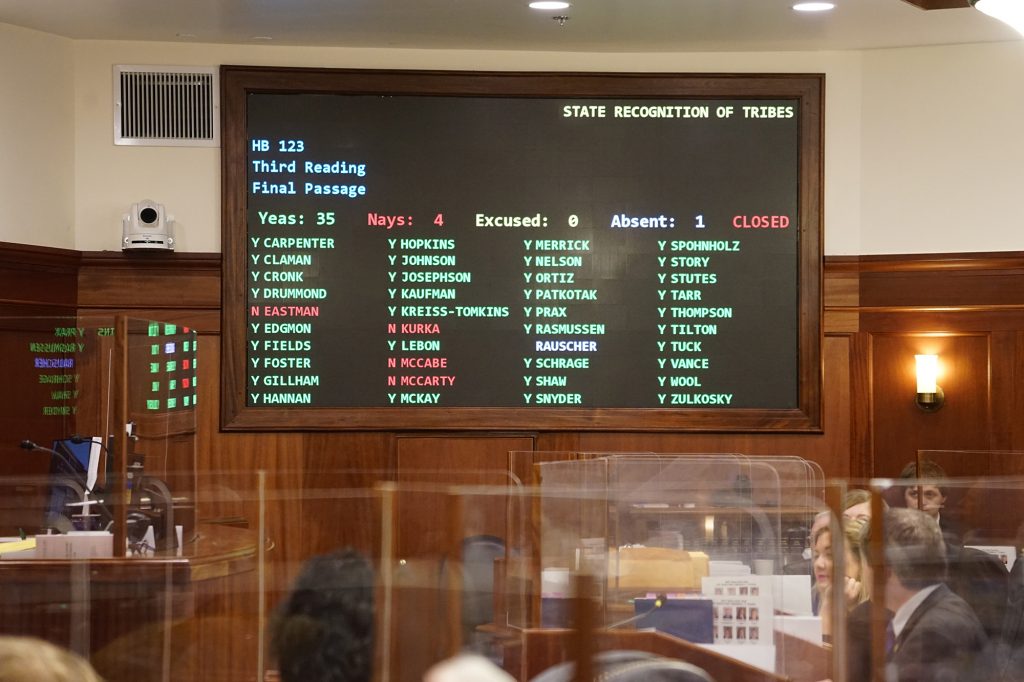 Rep. Zulkosky: 'It is difficult to speak about expanding our relationship with Tribes when the State doesn't acknowledge them in Alaska statute'

JUNEAU — The House of Representatives voted 35-4 today to pass House Bill 123, a bill that formally recognizes the Alaska Native Tribes that have existed and governed themselves for millennia.

While the federal government acknowledged its special and unique relationship with Tribes through the Self Determination and Education Assistance Act of 1975, State of Alaska statutes remain a relic of the past.

Alaska obtained statehood during an era of Indian policy where the federal government sought to terminate its trust relationship with Tribes – forcing many Native people to abandon their identity, cultures, languages, and ways of life.

HB 123 does not change the State’s relationship with Tribes but simply affirms their status, enumerated by the Federal government. “From both sides of the political aisle, there are many ongoing discussions about the benefits of expanding our relationship with Tribes to advance our many shared values,” Rep. Tiffany Zulkosky (D-Bethel) said, chair of the Tribal Affairs Committee and sponsor of HB 123. “The bill that passed today is significant because it is difficult to speak about expanding our relationship with Tribes when the State doesn’t acknowledge them in Alaska statute. I thank everyone who helped move this bill forward.”

Rep. Neal Foster (D-Nome) added, “Alaska relies on our Tribal partners to help provide services essential to Alaskans living in rural parts of the state. Tribes contribute to everything from public safety and transportation to healthcare and economic development. By passing this bill, the State will affirm an important partnership in making our communities happier, healthier, and safer.”

The proposal now heads to the Senate for consideration.