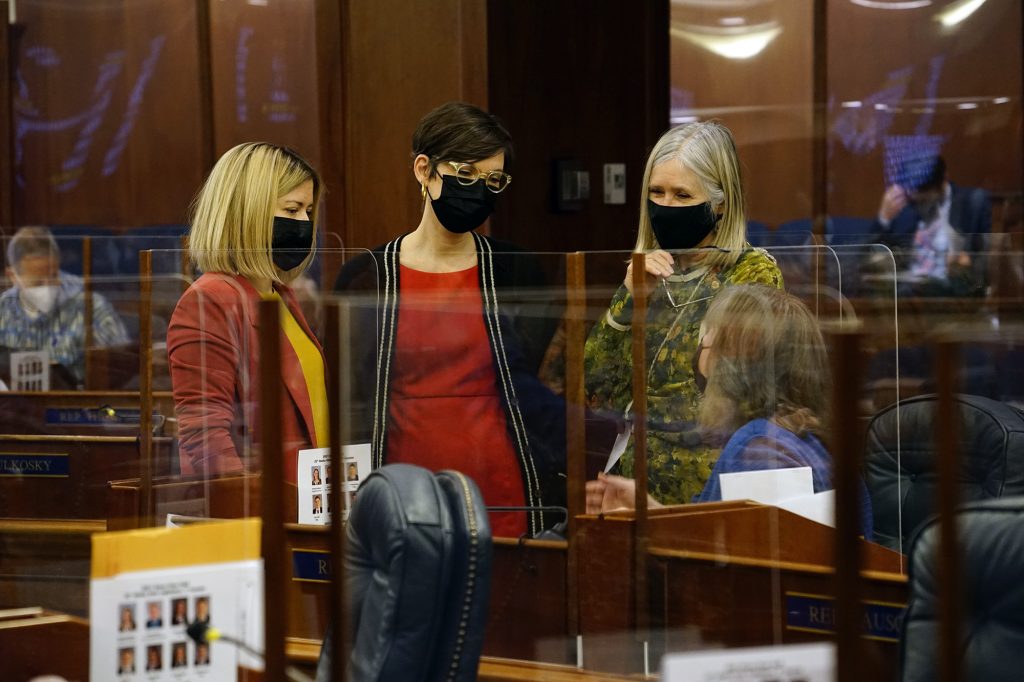 'It is unconscionable that such a massive disparity persists in 2021'

JUNEAU – Today, during a floor session of the House of Representatives, lawmakers recognized March 24, 2021, as Equal Pay Day and promoted important legislation aimed at closing the gender pay gap.

The attention to this issue in Alaska coincides with an effort of the National Committee on Pay Equity to underscore the persistent gender pay gap in our country. The date of March 24 symbolizes how far into the year women in the United States, on average, need to work in order to earn what their male counterparts earned in the previous year.

“Women in this country and around the world have yet to receive equal compensation for equal work relative to their male counterparts. In 2021, the average woman in this country receives 82 cents for every dollar the average man earns for equivalent work,” Rep. Geran Tarr (D-Anchorage) said. “This disparity is more pronounced for women who are Black, Indigenous, or people of color. Black women earn 63 cents for every dollar earned by the average male worker, Native women 60 cents on the dollar, and Latinx women 55 cents on the dollar. It is unconscionable that such a massive disparity persists in 2021.”

• HB88, the Equal Pay and Living Wage Act, would increase the minimum wage to $15 an hour, adjusted annually for inflation. It would also require the Department of Administration to release an annual report for each electoral district, detailing the approximate annual full-time wage needed to support the expenses of a family of four, in addition to the relative pay equity in that district (across multiple demographic categories including race, religion, national origin, age, physical or mental disability, sex, marital status, change in marital status, pregnancy, or parenthood).

• HB89 and HB146 both offer paths for the State of Alaska to prohibit certain workplace policies that could lead to pay inequity, such as prohibiting employers from asking applicants about their prior wages or benefits or using prior wages to determine future compensation; codifying the right of employees to inquire about their coworkers’ compensation; and requiring employers to disclose the monetary amount of a salary (or a range of salaries) when posting a job listing.

“The only way Alaska can truly be open for business is to enact policies that make our state a place where people can earn a respectable, honest living and afford to raise future generations,” Representative Snyder said. “These proposals represent important steps to improve the financial security of Alaskans, increase pay equity, and demonstrate that we place a value on hard work.”

“I urge my colleagues in both bodies to support these bills. Alaskans deserve a living and equitable wage, especially after the financial devastation caused by the COVID-19 pandemic. They also deserve transparency from their employers in order to make informed decisions in the workplace,” Representative Tarr said.