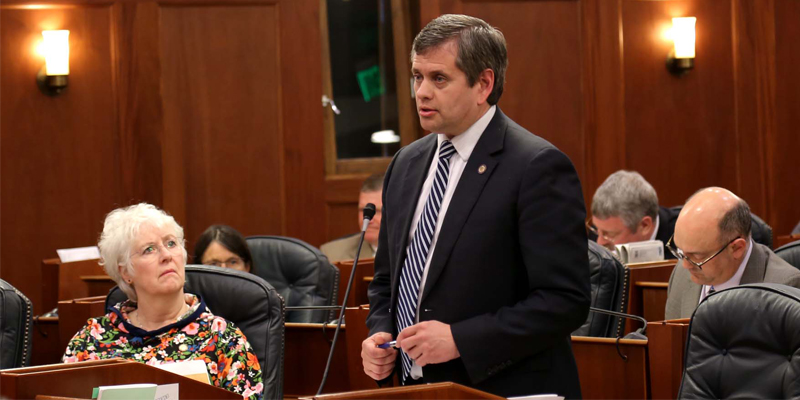 “In November, over 361,000 Alaskans voted. Never in our state’s history have so many Alaskans cast a ballot in an election. Why did so many people vote? I think the answer is crystal clear; vote by
mail made it easy. Because of the pandemic, we finally made it convenient for people to vote, and not surprisingly, they voted in record numbers,” said Representative Chris Tuck (D-Anchorage).
“Active voting participation is key to a strong democracy. My goal with this bill is straightforward, to remove barriers to the ballot box at every stage of our elections. HB 66 makes it more convenient to vote before election day and makes it easier to vote
on election day.”

House
Bill 66 makes permanent some of the changes implemented last year that allowed Alaskans
to vote safely and in record numbers during a pandemic. Additionally, HB 66 would authorize same-day voter registration, allowing first-time voters to register and vote on election day.

Provisions in House Bill 66 include:

“Every Alaskan in every community should have the same opportunity to make their voices heard by exercising their constitutional right to vote. The recurring voting barriers were exacerbated in the
2020 elections and reemphasized the need for voting reforms. House Bill 66 is a critical step in moving toward a more equitable and accessible voting system for all. I look forward to working with the legislature, Division of Elections, and the public in a
genuine way to continue improving our voting processes,” said Kendra Kloster, executive director of Native
Peoples Action and Native Peoples Action Community Fund.

HB 66 has been pre-filed for consideration by the 32nd Alaska
State Legislature, which begins on Tuesday, January 19 in Juneau.