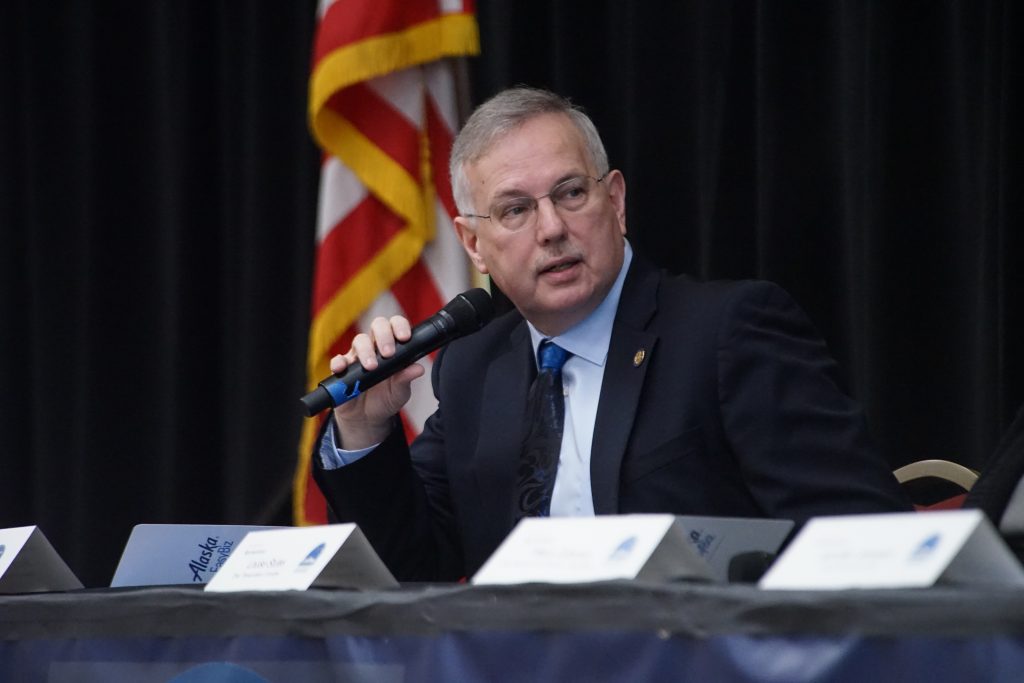 Each individual line of the budget will be vetted by state lawmakers during the upcoming session. Until a thorough legislative review is completed, because the governor did not engage with lawmakers and other stakeholders in advance of releasing his proposal, the exact target of his roughly $300 million in cuts remains unclear.

However, it is apparent that K-12 public schools and the Department of Health and Social Services – both grappling with the ongoing pandemic – are slated for reductions, even as the governor suggests spending a large portion of the Permanent Fund earnings reserve account.

“The governor’s proposal calls for spending $3 billion more than what the Alaska Permanent Fund Corporation considers sustainable, and there is no plan for how we will make ends meet beyond next year. However, the inclusion of a general obligation bond package is promising.

We hear loud and clear that parents expect the State of Alaska to operate schools at pre-pandemic levels as soon as it is safe, not make it more difficult to re-open because of budget cuts. We are also committed to making the most of our limited resources to help those who need it the most, and we will continue to promote accessible healthcare and preserve critical infrastructure. Finally, we flatly reject the idea of spending down Alaska’s investment fund to avoid tough decisions.

These are our long-standing values and will be reflected in our effort to create a budget that helps rebuild Alaska.”