Speaker Edgmon makes appointment to the Alaska Redistricting Board 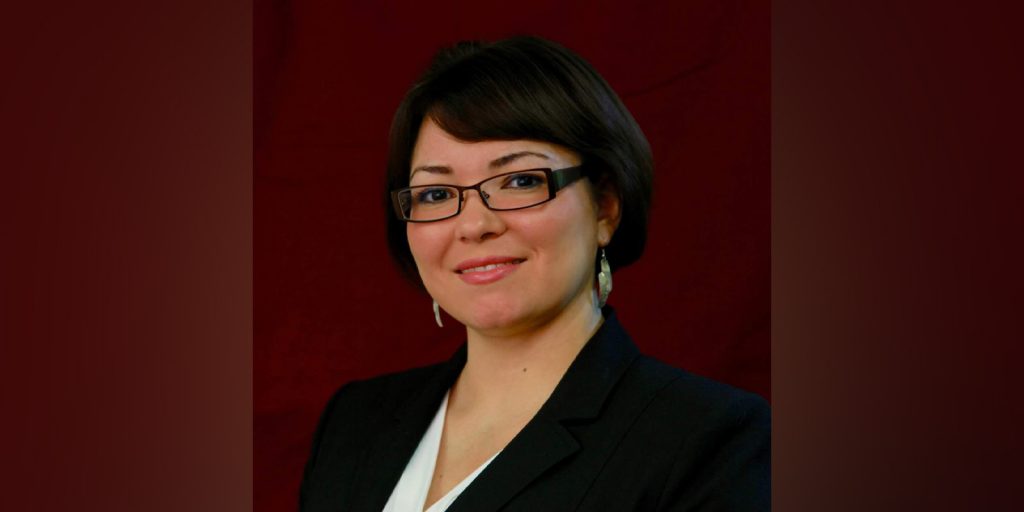 Nicole Borromeo to serve on once-a-decade redistricting board

ANCHORAGE – House Speaker Bryce Edgmon (I-Dillingham) today announced the appointment of Nicole Borromeo to serve on the Alaska Redistricting Board.

“I am pleased Ms. Borromeo has agreed to serve on the Redistricting Board,” Speaker Edgmon said. “As an Alaska Native her roots run deep in the Native community and rural Alaska, but she is an Alaskan first and foremost and will do her best to fairly represent the interests of the entire state.”

Ms. Borromeo has served as the Executive Vice President and General Counsel of the Alaska Federation of Natives since 2014. In that capacity, she provides executive level leadership and advises the AFN President and Board on a wide array of legislative and litigation matters, including voting rights. In addition to her decade of legal and public policy experience, Ms. Borromeo spent two years working on Capitol Hill for the late Sen. Ted Stevens and the Senate Appropriations Committee.

“I want to thank Speaker Edgmon for appointing me to serve in this critical public process,” Ms. Borromeo said. “As a non-partisan voter, I am committed to developing a non-partisan plan, resulting in equal voting power and fair representation for all Alaskans.”

Ms. Borromeo presently resides in Anchorage with her husband Emmanuel and their four children, and maintains close ties with her hometown of McGrath. She holds a bachelor of arts degree from the University of Alaska Anchorage and a juris doctor degree from the University of Washington School of Law. Ms. Borromeo was recognized as one of Alaska’s “Top 40 Under 40” in 2018.

Appointments to the five-member Alaska Redistricting Board must occur by September 1 per a constitutional amendment passed in 1998. The appointments are made in the order of the Governor, Senate President, Speaker of the House, and lastly the Supreme Court Chief Justice.