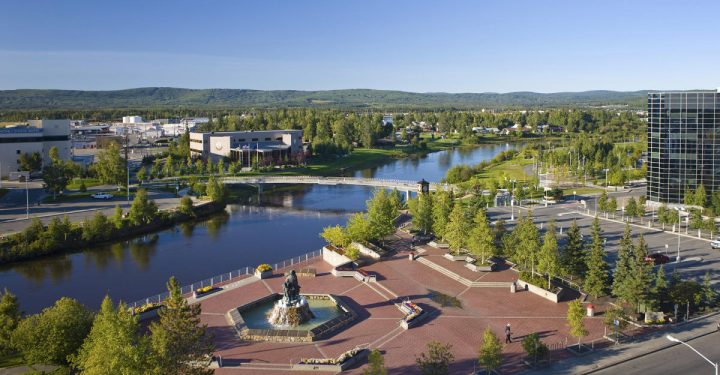 FAIRBANKS – The members of the Interior Delegation sent a letter Monday urging the Dunleavy administration to allow the Department of Public Safety (DPS) to move forward with a previously planned co-procurement project of 911 dispatch infrastructure upgrades with the Fairbanks North Star Borough to prevent the loss of emergency service capabilities for Interior residents.

The Fairbanks North Star Borough and the Department of Public Safety had entered into an intergovernmental agreement (IGA) to seek co-procurement of dispatch infrastructure upgrades for both the Borough and the DPS Fairbanks facility on Peger Road. The dispatch upgrades would enable continued interoperability of call location and information data between the Borough and DPS’s 911 dispatch systems and provide for significant cost savings for both entities.

Following the administration’s creation of the 911 Dispatch Consolidation Working Group due to disputes over the location of Southcentral dispatch resources, DPS halted their Fairbanks project and the Fairbanks North Star Borough had no choice but to cancel the IGA and pursue upgrading its aging dispatch infrastructure alone and at a greater cost to local taxpayers.

After the completion of FNSB’s dispatch infrastructure upgrades projected for Spring 2021, critical Enhanced 911 (E-911) location data of landline and mobile callers will no longer be seamlessly transferred to the DPS’s dispatch center and State Troopers, resulting in reduced public safety response for Interior residents.

The letter points out that costly inefficiencies from procuring dispatch infrastructure upgrades separately are unnecessary if DPS is permitted to reengage with the Fairbanks North Star Borough’s project as originally planned.

“Working in partnership, the Fairbanks North Star Borough and the Alaska Department of Public Safety are committed toward creating the highest safety standard possible for Interior Alaska,” said Rep. Bart LeBon (R-Fairbanks) and chair of the House Finance Department of Public Safety Budget Subcommittee. “A state-of-the-art public safety communications infrastructure is a critical first step of this total effort.”

“Moving forward with dispatch infrastructure upgrades for the safety of all Interior residents is a necessity and will also have cost savings,” said Rep. Steve Thompson (R-Fairbanks). “The Interior project will not interfere with the decision in Southcentral. There is no reason to delay the Interior upgrades.”

“The Fairbanks North Star Borough Department of Emergency Services has been working with the State Department of Public Safety to reduce cost while improving emergency response service. It is an example all municipalities should follow – especially in this challenging fiscal environment,” said Rep. Mike Prax (R-North Pole).

“There is still time for the Borough and the Department to pick up where they left off and ensure the 911 upgrade project is completed promptly,” said Rep. Adam Wool (D-Fairbanks). “Waiting for the 911 Dispatch Consolidation Working Group to finish their recommendations in September will unnecessarily delay this project and could be a matter of life and death for some residents.”

“The Interior has worked with the State DPS on 911 dispatch. There has been good investment and we stand ready to work for what’s best for Alaska,” said Sen. John Coghill (R-North Pole).