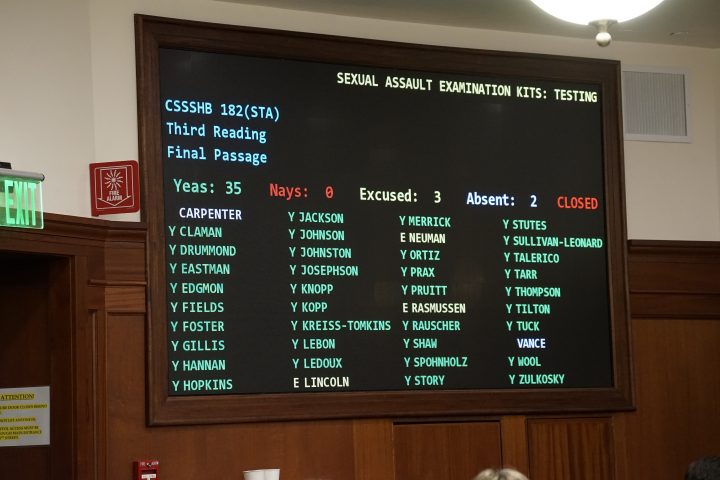 JUNEAU – Today, the Alaska House of Representatives voted unanimously to pass a bill that would prevent a backlog of rape kits and help make sure victims of sexual assault see swift justice delivered against their perpetrators.

Rep. Geran Tarr (D-Anchorage) introduced House Bill 182 as the next step in the ongoing Rape Kit Reform initiative. Systemic changes are badly needed due to our state’s prolific rate of sexual assault – Alaskans report four times more sexual assaults than the national average, and we saw an 11 percent increase in 2018 – and because there is still a significant backlog of untested rape kits.

HB182 requires that all sexual assault examination kits collected in Alaska must be tested within six months, down from the current requirement of one year. This reform comes on the heels of passage of House Bill 49 in 2019 that required rape kits be sent to the crime lab for processing within thirty days and that law enforcement notify victims within two weeks of receiving the results.

“By giving certainty in the process and by requiring rape kit testing within six months, this bill helps bring justice to survivors and will ultimately help reduce the unacceptable rates of sexual assault in Alaska,” Representative Tarr said. “Today’s unanimous vote for this bill proves that Alaska’s leaders are united in the fight to make our state safe.”

The proposal now heads to the Senate for consideration.