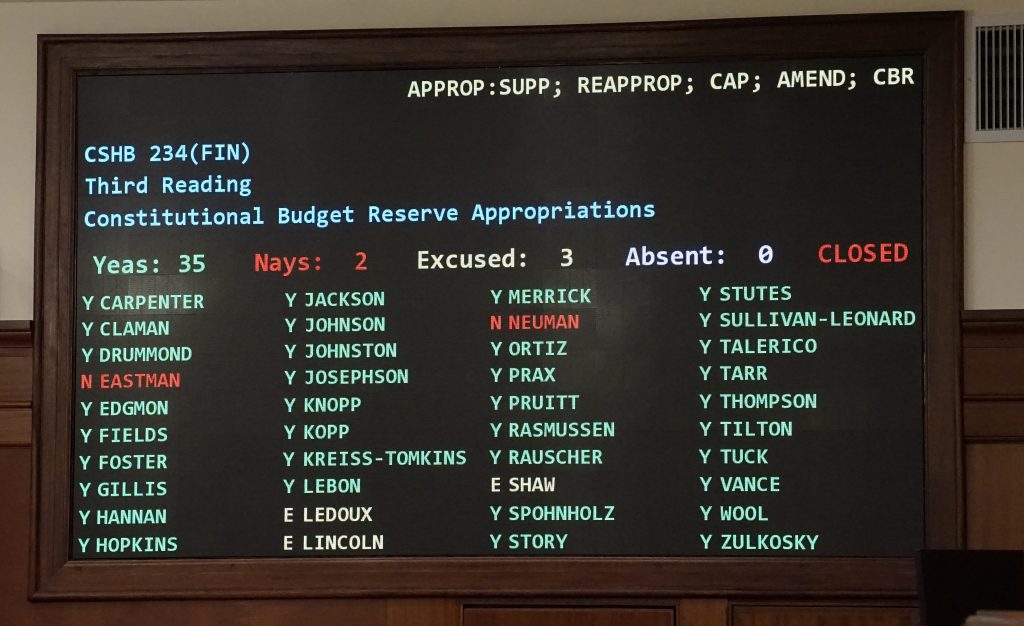 Supplemental budget among the largest in Alaska’s history

The bill approves spending $298.6 million of unrestricted general funds and an overall total of $526.2 million of state and federal money. The supplemental budget includes:

Rep. Neal Foster (D-Nome), a co-chair of the House Finance Committee, said, “The State of Alaska incurred significantly more costs than the final budget last year funded. This supplemental budget makes sure doctors keep receiving Medicaid payments they’re owed and provides resources for many essential services that have suffered over the past year.”

“The supplemental budget reflects the need for thoughtful analysis when constructing Alaska’s budget,” said Rep. Jennifer Johnston (R-Anchorage), a co-chair of the House Finance Committee. “I’m grateful for the collaborative approach taken this year and that the supplemental budget passed the House in a timely manner with broad support.”

“Today’s vote is proof that we can work together, across the aisle and with the governor, to make tough decisions and pass a budget on time,” House Speaker Bryce Edgmon (I-Dillingham) said.

Rep. Louise Stutes (R-Kodiak) added, “The Alaska Marine Highway System is overdue for a lifeline, and the money included for our ferries is an important first step toward taking care of our coastal communities.”