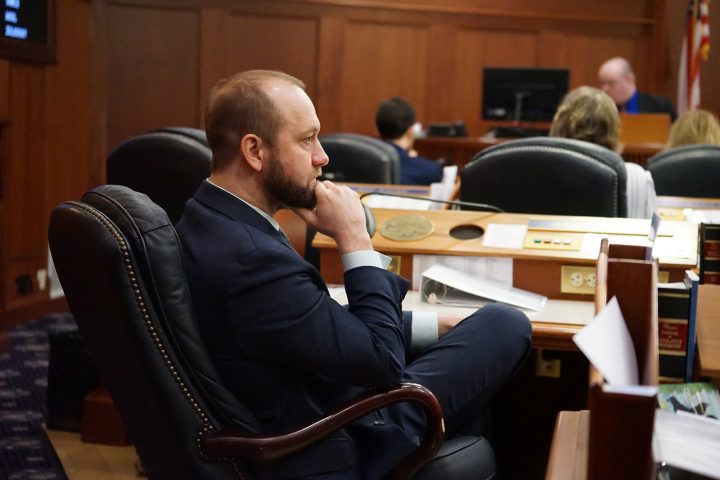 Kotzebue representative will return home to focus on his family

JUNEAU – Rep. John Lincoln today announced that he will not seek re-election when his term ends.

Lincoln is an Independent from Kotzebue who represents House District 40, which includes the Northwest Arctic Borough and North Slope, as well as three communities in the Yukon-Koyukuk Census Area – Allakaket, Bettles and Hughes.

In early 2018, Lincoln was appointed to the Legislature by former Gov. Bill Walker, and he was re-elected for a full term later that year. He is a co-chair of the House Resources Committee.

Today, Representative Lincoln notified constituents of why he intends to leave office: “To put it simply, I’m at a stage in life – as a husband and father of young children – that makes it extremely important for me to be present and to provide for my family, which makes it difficult for me to remain a legislator,” he wrote on social media and in an email. “When my term is over, my plan is to return to NANA and devote myself to serving our shareholders as best as I can. I’m grateful that many residents of District 40 are also shareholders, and that I will continue to be able to work for much of our district in this capacity.”

ATTACHMENT: A copy of Representative Lincoln’s full statement to constituents.