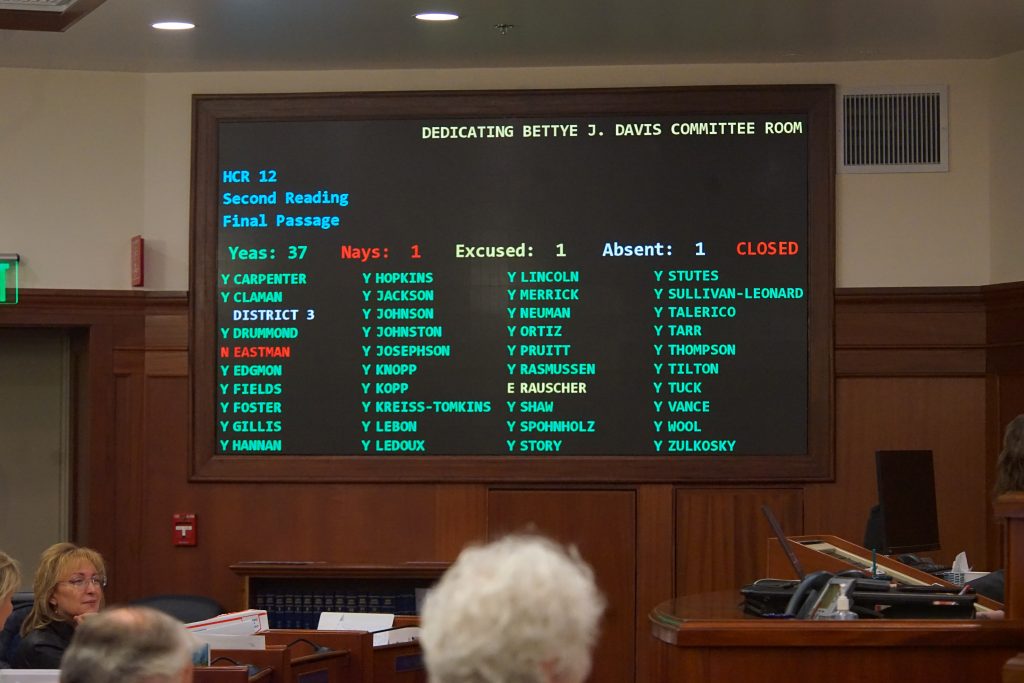 JUNEAU – Today, a proposal to dedicate a room in the Alaska State Capitol in honor of trailblazing Sen. Bettye Davis received final approval from the Legislature.

House Concurrent Resolution 12 passed the Senate on a 17-0 vote, and the measure previously passed the House of Representatives, 37-1.

Senator Davis was the first black woman elected to the Alaska House of Representatives and the first black senator of any gender in the state. She was a social worker who served on the Anchorage School Board three separate times. HCR 12 renames Capitol Room 106 – the location of House Education and Health and Social Services Committee hearings – as the Senator Bettye J. Davis Committee Room.

“Senator Davis was a tireless advocate for public education, foster care, mental health, suicide prevention, and juvenile justice. Through her tireless efforts, she earned the distinction as the Conscience of the Legislature. Senator Davis was not only my mentor, but also my friend and inspiration. I am so grateful to have led the way in memorializing Senator Davis by dedicating this committee room to her. I am appreciative of the legislature’s acknowledgment of her legacy, and could not think of a more fitting public servant of over 30 years, for this honor”

“I was honored to introduce this resolution. I am thrilled that we will be naming a room in the Capitol after the late Senator Bettye Davis. She was a trailblazer and leader in Alaska’s history who accomplished many firsts. It’s fitting that every House Education and Health and Social Services Committee be held in the Bettye Davis Room from here forward.”