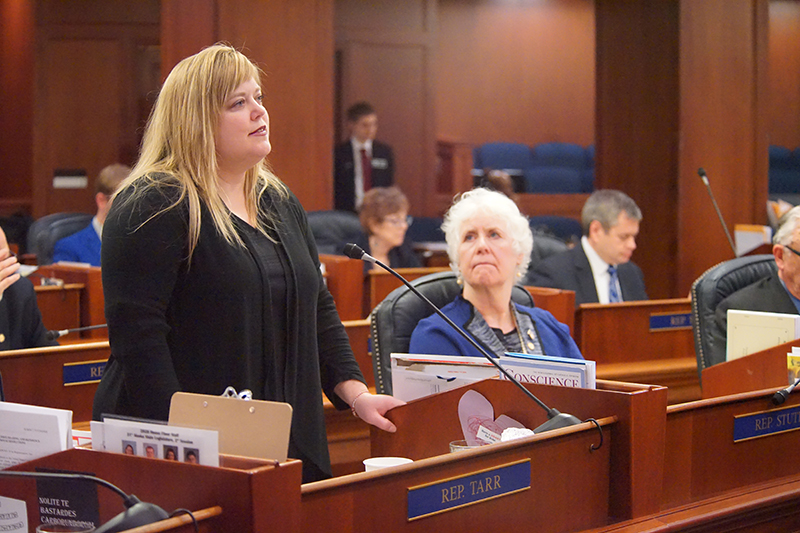 JUNEAU – Reps. Geran Tarr and Andy Josephson today introduced a resolution that would express support for an amendment to the U.S. Constitution that allows limits on spending to influence elections and public policy.

House Joint Resolution 24 would be sent to federal leaders and calls for the overturning of the 2010 Supreme Court decision Citizens United v. Federal Election Commission.

The proposed resolution expresses support for a constitutional amendment “stating that the Constitution does not create, grant, or protect constitutional rights of corporations or other artificial entities, recognizing that the United States government may limit expenditures of money to influence elections and public policy.”

“One of the biggest threats our democracy faces is the outsized influence of special interest money in elections,” Representative Tarr, an Anchorage Democrat, said. “It is alienating to Alaskans and discourages citizens from participating. HJR 24 sends an important message to our federal leaders that Alaskans believe that money is not speech and corporations are not people.”

Representative Josephson, an Anchorage Democrat, added, “Bringing back sensible limits on money in politics is the only way people will be confident that elected officials are truly representing the interests of the American people.”

The proposed resolution will be considered by the House State Affairs and Judiciary committees before heading to the full House and Senate for final approval.