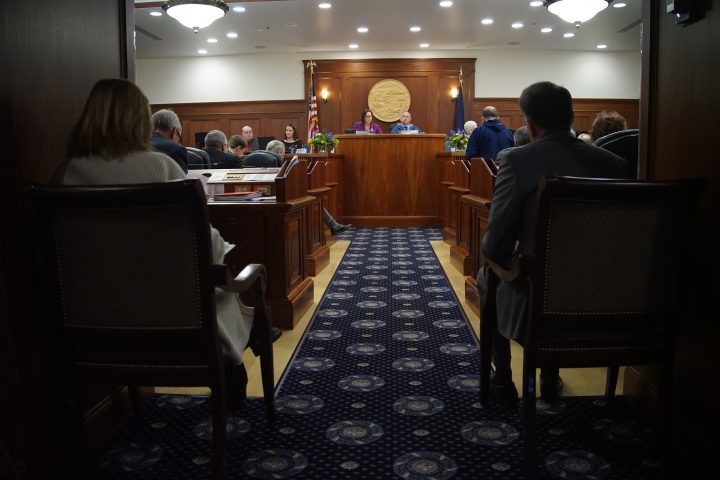 JUNEAU – Today, the Alaska Legislature held a joint floor session to consider an override of two of the governor’s major FY2020 budget vetoes.

Lawmakers voted on a measure to restore a $5 million investment the Legislature made in the Alaska Marine Highway System, and to fulfill the state’s promise to reimburse communities that issue bonds to construct and improve schools.

While a majority in the House and Senate voted to override the vetoes – 37-to-20 – the vote fell short of the three-quarter threshold needed to restore the funding.

“Alaskans deserve to know where their elected officials stand,” House Speaker Bryce Edgmon (I-Dillingham) said of the vote. “Today, we saw clearly that most legislators stand with the Alaska Marine Highway System, and for keeping the financial commitments the state made to local communities. I want Alaskans to know unequivocally that last year’s budget is not the new normal. The governor’s vision does not support the level of services it takes to build the Alaska our children and elders deserve.”

Efforts to restore funding for AMHS, school bond debt reimbursement, and other key services threatened by recent budget cuts will continue immediately through the supplemental budget process and in the FY2021 budget.