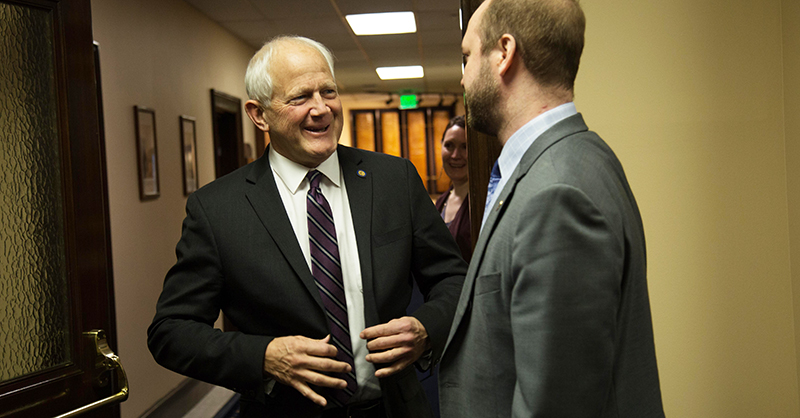 “Chris Birch’s life was simply beautiful. I remember him first as a dear friend, always positive and uplifting in his words and conduct. His smile was infectious and warmed people around him like a campfire on a cool night. His wife Pam and their kids and grandchildren were his highest joy.
As a professional colleague, I marveled at his capacity to do his work with the utmost courage during very difficult times. He was fearless, comfortable in his own skin, and honorable toward everyone. We lost a leader, husband, father, grandfather, and friend.”
– Rep. Chuck Kopp (R-Anchorage)

“Allan and I have lost a dear personal friend, and the State of Alaska has lost a great leader.”
– Rep. Jennifer Johnston (R-Anchorage)

“Life is short. We all know it, but it’s easy to forget. That simple fact snapped into focus when I learned of Chris Birch’s passing.
Above all, I will remember Chris as a family man. His wife, Pam, his children, and his grandchildren are all in my thoughts and prayers. I will also remember Chris’ fierce advocacy as a legislator for what he believed was in the best interests of the people he represented.
We’ve lost a true Alaskan statesman.”
– House Speaker Bryce Edgmon (I-Dillingham)