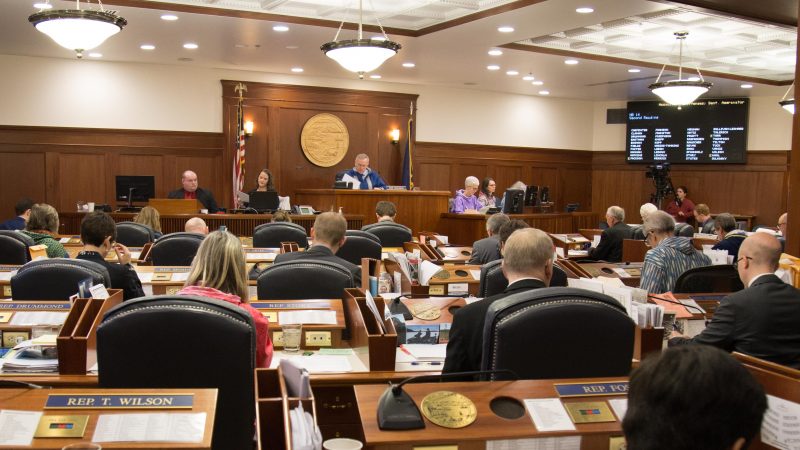 JUNEAU – The House of Representatives on Tuesday voted against concurring with changes the Senate made to House Bill 49.

In the span of just a few days, the Senate added or changed roughly 75 sections and grew the bill by 23 pages. These sweeping changes were adopted without vetting by members of the House and with limited input from stakeholders. Early estimates predict the bill would cost approximately $100 million initially, $50 million every year thereafter, and may necessitate construction of a new $300 million prison. The bill also fails to address substance abuse and mental health, which is a factor in 90 percent of crimes.

A House-Senate conference committee will be formed to sort out the differences in the versions of H.B. 49 that passed each body.

“Our vote today is not a rejection of the changes made by the Senate but instead an assertion of our belief that we must do the work necessary to get this right so we do not repeat the mistakes of the past,” House Speaker Bryce Edgmon (I-Dillingham) said. “This is a huge omnibus crime bill that has grown even larger and more complex in the past few days.”

“Members of the House and the Senate have worked incredibly hard on these issues. We are not throwing out that work,” said Rep. Chuck Kopp (R-Anchorage). “The conference committee process will enable us to arrive at a stronger proposal as a result of our combined efforts. We will present real solutions to our state’s unacceptable rate of crime.”