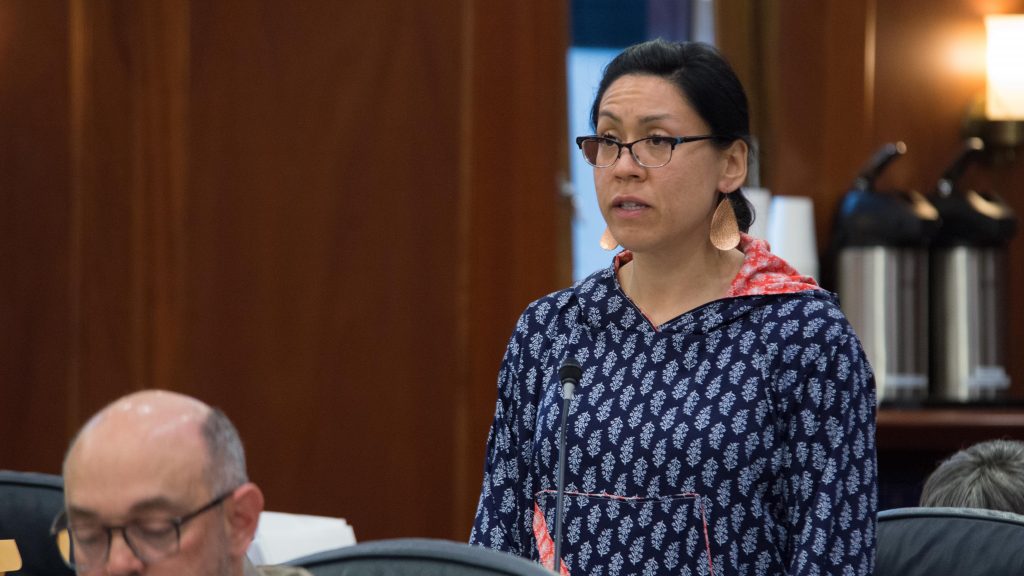 JUNEAU – A proposal to permanently establish November as Alaska Native Heritage Month cleared its final legislative hurdle on Monday when it unanimously passed the Senate.

House Bill 126 is sponsored by the Legislature’s first-ever House Tribal Affairs Committee and is the first piece of committee legislation to pass the Legislature. The bill previously passed the House, 36-to-1, and now heads to Governor Mike Dunleavy’s desk for final approval.

“Alaska Native cultures, languages, and traditions contribute to the cultural and economic fabric of our state,” said Rep. Tiffany Zulkosky (D-Bethel), who chairs the House Tribal Affairs Committee. “Celebrating our rich and unique heritage is a way to bring all Alaskans together.”

Rep. Zulkosky thanked her colleagues who supported the bill, especially Sen. Click Bishop (R-Fairbanks), who passed the proposal out of Senate Community and Regional Affairs Committee, and Sen. Elvi Gray-Jackson (D-Anchorage), who carried H.B. 126 on the Senate floor.

“This is an opportunity to celebrate, honor, and recognize Alaska Native tribes and cultures that have called this land home for thousands of years,” Sen. Gray-Jackson said. “Not only will this celebrate the past but also bring attention to the efforts Alaska Native communities have made on health, dignity, and self-determination. By permanently recognizing this month, we are echoing the permanency of Alaska Native Cultures.”

For years, lawmakers have voted annually to designate November as Alaska Native Heritage Month. This legislation makes the designation permanent and removes the need for a yearly vote of the Legislature.