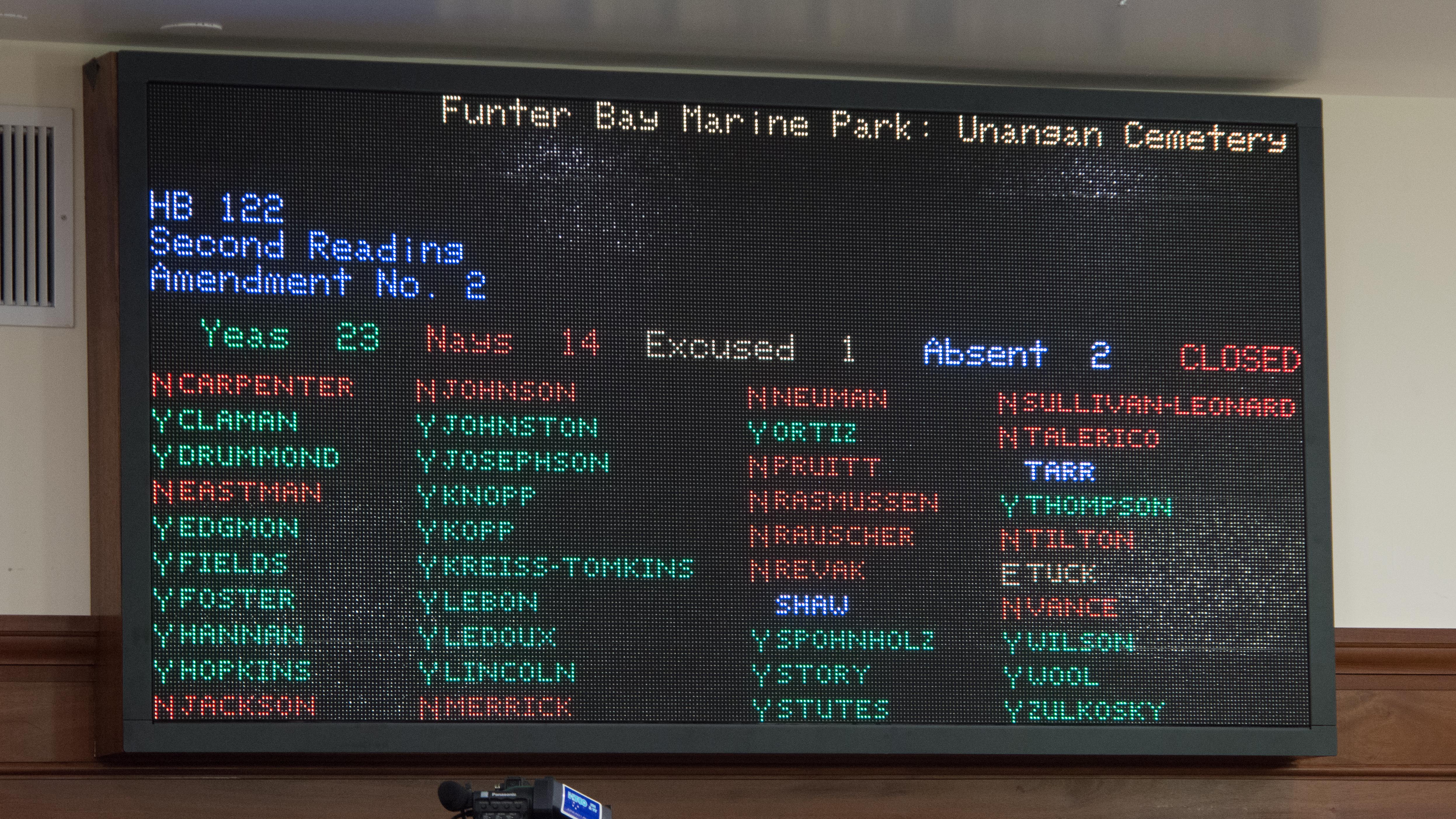 JUNEAU – The House of Representatives on Thursday passed House Bill 122, protecting the social and historical significance of the Unangax Cemetery in Funter Bay for future generations.

Rep. Sara Hannan (D-Juneau) introduced the bill to expand the boundaries of the Funter Bay Marine Park to include the cemetery to ensure the site is preserved in perpetuity.

During World War Two, the Unangax people were forcibly removed from their homes in the Pribilof Islands and were interned in Funter Bay when the Japanese invaded the Aleutian Islands.

The treatment of the Unangax people was deplorable and they suffered needlessly: rather than being taken to nearby Juneau which had modern amenities, they were taken to a remote site where conditions were unsanitary and crowded. Food was scarce, shelter was minimal, and health care was entirely absent. As a result, many people died and they were buried nearby.

H.B. 122 now moves to the Senate for consideration.

“With the final passage of this bill, the cemetery will be protected in memory of those who were not able to return home to the Pribilof Islands and who’s final resting place is Funter Bay,” Representative Hannan said.