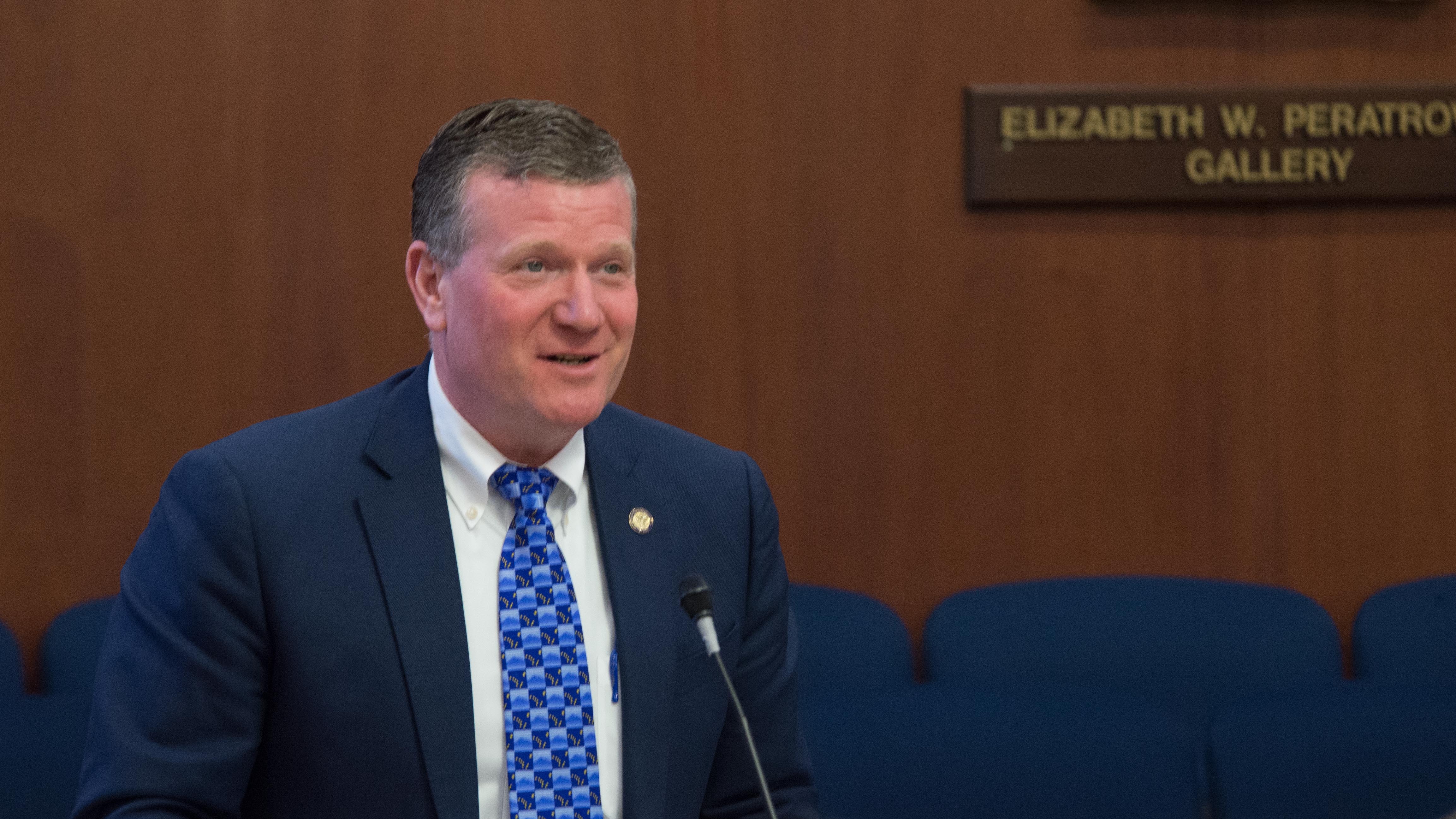 Representative Kopp thanks members in both chambers for supporting his proposal, HB12
JUNEAU – The Alaska Senate on Thursday voted unanimously to pass House Bill 12, legislation that would allow victims to seek extensions of protective orders.
This change is necessary following a decision by the Alaska Supreme Court last year in the case Whalen v. Whalen. The court found that current laws do not allow victims of domestic violence, sexual assault, or stalking to obtain a protective order more than once per incident, even if they are still in fear of their perpetrators.
H.B. 12 is the first public safety legislation to pass both chambers this year. The bill previously passed the House unanimously. Because the Senate made minor changes to the version of the bill that passed the House, the next step is a concurrence vote in the House. The bill may then be transmitted to the governor for final approval.
Rep. Chuck Kopp (R-Anchorage) sponsored the bill and thanked his colleagues in the House and Senate for their support. He released the following statement:
“We must do everything in our power to make Alaska safe and protect victims. This commonsense fix provides additional discretion to judges, another tool for victims and victim advocates, and creates an extra layer of protection for some of the most vulnerable Alaskans.”
– Rep. Chuck Kopp
CONTACT
Grace Abbott
Office of Representative Chuck Kopp
(907) 465-4993
Grace.Abbott@akleg.gov