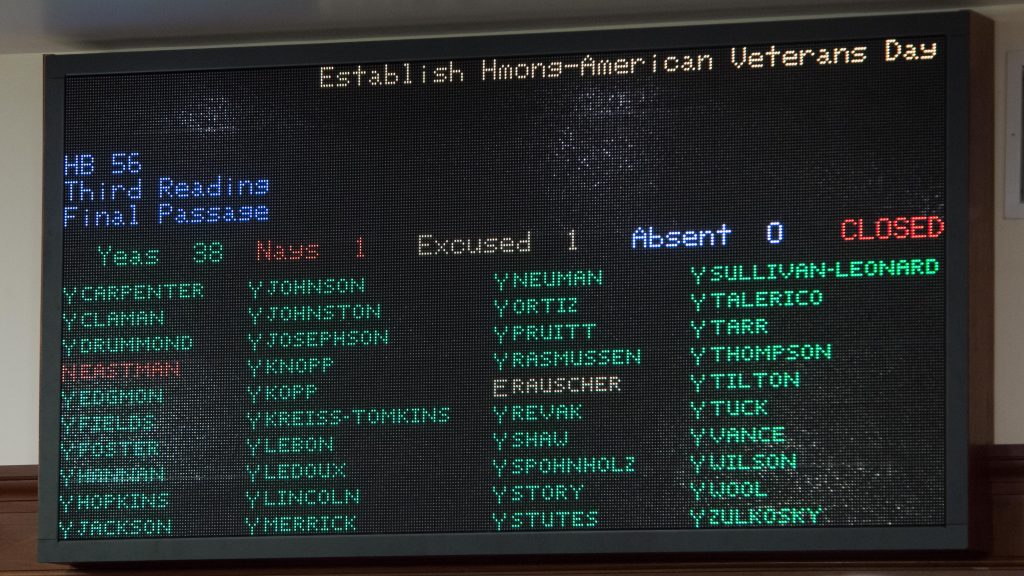 H.B. 56 honors underrecognized group that played an important role in the Vietnam War
JUNEAU – The Alaska House of Representatives on Monday passed legislation to establish May 15 as Hmong-American Veterans Day in recognition of the Hmong people who fought alongside the United States during the Vietnam War.

Beginning in the 1960s, the U.S. government recruited Hmong to help fight against communism. After the U.S. withdrawal from Vietnam, Hmong people became targets, and many were displaced from their home countries. There are an estimated 260,000 Hmong-Americans today, including approximately 3,500 in Alaska.

The U.S. government promised Hmong veterans citizenship and veteran status after the war, but it’s taken more than 50 years for them to receive what they were promised. Their important contributions have often been overlooked.

House Bill 56, sponsored by Rep. Geran Tarr, celebrates and honors the Hmong who were lost, acknowledges the sacrifices they made to this country, and brings pride to their families. The bill passed 38-to-1 and now moves to the Senate for consideration.

“On behalf of Hmong veterans in Alaska and their families, thank you to the House for their support of H.B. 56. I am proud, as are other Hmong veterans, of our service alongside American soldiers,” said Pasert Lee of Mountain View, who is a Hmong veteran. “This annual recognition will allow us an official acknowledgment of service.”

“Many in my generation have received tribute for our service, but this legislation is important as it makes sure Hmong veterans are also honored and recognized for their critical contributions,” said Rep. Laddie Shaw, a retired U.S. Navy SEAL who served in the Vietnam War.

“I was moved and honored that Representative Shaw would lend his words of support for H.B. 56. I thank all veterans for their service, and my colleagues for supporting this important bill,” Representative Tarr said.