My Turn Compromising a Compromise 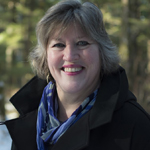 I read a joke the other day. How many politicians does it take to change a light bulb? Just two – one to change it and another to change it back again. That’s kind of how I’ve been feeling in the halls of the Capitol these past few weeks. One step forward and two steps back. The House is divided and is struggling to unite, and the clock is ticking.

The people of Alaska elected a diverse group of Representatives that are obviously divided on policy and politics, and this is where compromise comes in. Compromise truly does embrace the essence of democracy. Every member of the Alaska House of Representatives serves a constituency. Whether they be conservative, moderate, progressive, or liberal, the men and women we represent are Alaskans. By focusing on what brings us together we can overcome our fiscal, social, and legislative hurdles.

For now, we have a temporary speaker. There are no established committees so we cannot introduce and refer bills.  The caucus that finally controls the House will make important committee assignments, including the Finance and Rules Committees, two of the most powerful committees. The Majority caucus controls which bills make it to the House floor, the size of the operating and capital budgets, and will set the overall priorities for the next two years.  At a time when Alaska has an ultra-conservative Governor and Republican-controlled Senate, it is critical that the House be a “check” in the legislative process.

The issues that separate us are as broad as our state. The budget, with a $1.6 billion gap, is by far the biggest gorilla in the room, but not the only one. A statutory PFD of $3,000 would cost the state $1.9 billion. I cannot support a statutory PFD payout in today’s fiscal environment. I cannot support further, harmful cuts to education, to the Alaska Marine Highway System, or a constitutional spending cap. I support diversifying our revenue. I support a fair and equitable oil and gas tax structure and I support an income tax. I do not support 20 percent out-of-state workforce paying income tax in another state with money they make in Alaska.

To control the House, 21 members are needed, but this is a very slim margin and would be destined to fail. The people’s business is not served by a weak majority that must bend to the will of a single member. We need a majority that will last. We need a majority where lawmakers are aligned on shared priorities. That’s what we are trying to do. A strong majority is needed to protect the people of Alaska from harmful legislation and policies.

So how can we compromise a compromise? There is currently a working group that includes four members from each side, and they have invested many, many hours in looking for a power sharing agreement that both sides can live with it. To be successful, lawmakers will have to work cooperatively and put aside party politics. It will require lawmakers to sacrifice personal legislation and embrace shared priorities. This is not an easy task. Sharing power means giving up power. If this takes a month or longer to hammer out, then so be it. It is imperative we get it right. Investing time now on compromise is much better than living with the consequences of bad decisions that cripple our state.

In the meantime, my staff and I have been extremely busy every day meeting with groups and constituents from around the district, attending presentations and meeting with commissioners. My priorities include preventing the outward migration of Juneau jobs and preventing harmful cuts to the budget. I firmly believe we do not have a spending problem; we have a revenue problem. Until we address revenue, we will be here every year fighting over what to cut and by how much. We will be fighting for the last crumbs on the table. I cannot and will not support that. Thank you for your trust and for staying engaged.