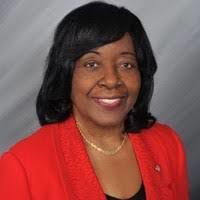 Anchorage – Former state lawmaker Bettye Davis passed away this week at the age of 80. Davis served in both the Alaska House of Representatives and the Alaska State Senate and is remembered as a champion for Alaska’s children. In addition to her legislative service, Davis was a long-time member of the Anchorage School Board.

“Bettye Davis’s impact on public education in Alaska is almost incalculable. For over 35 years she fought for better schools and more opportunities for thousands upon thousands of students. Bettye was my friend and colleague on the Anchorage School Board and in the legislature, but she was more than that, she was a shining example of the best of politics, and I will try every day to live up to her example,” said current House Education Committee Chair Rep. Harriet Drummond (D-Anchorage).

“Bettye was a passionate champion for children and a friend. We worked together on bills to give children a real chance in this world. Alaska has lost someone who stood tall for others,” said Rep. Les Gara (D-Anchorage), who co-authored several pieces of children’s legislation with Bettye Davis.

“I became convinced of the wisdom of pre-k in Alaska because I listened to Bettye Davis who was ahead of her time in understanding the importance of early education on the success of children,” said current House Majority Leader Rep. Chris Tuck (D-Anchorage), who served with Bettye Davis in the Alaska Legislature. “Bettye was often referred to as the conscience of the legislature because she understood more than most the responsibilities that come with making daily decisions that impact the lives of every Alaskan.”