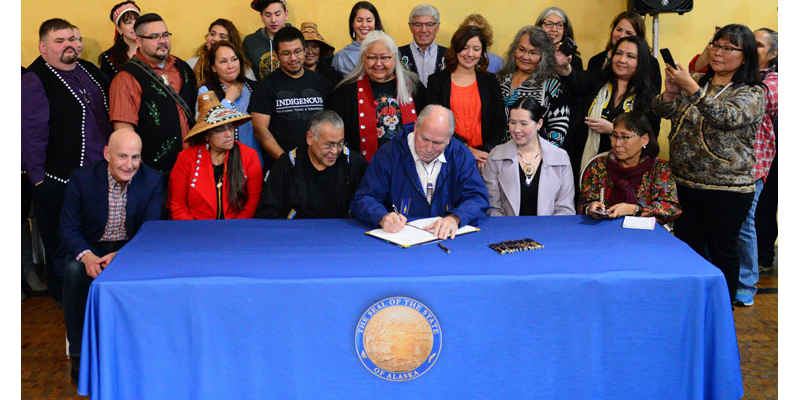 Juneau – On Sunday, Alaska Governor Bill Walker signed Administrative Order 300 calling for action to ensure the survival of Alaska Native Languages, many of which are threatened with extinction. Administrative Order 300 began as House Concurrent Resolution 19, which passed the Alaska Legislature this year with broad bipartisan support. The resolution was guided through the legislative process by sponsor Representative Dan Ortiz (I-Ketchikan). 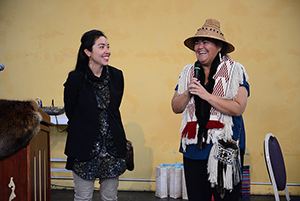 “The support for a linguistic emergency declaration came from all over Alaska and crossed all party lines,” said Rep. Ortiz. “The testimony we heard from Alaska Natives who are dedicated to protecting their languages was powerful and helped convince many of the skeptics of the seriousness of the situation. As Alaskans, we share in the history and culture of Alaska Natives, and we need to all come together and work to protect an essential part of what it means to be Alaskan.”

With Governor Walker’s signature on Administrative Order 300, the State of Alaska joins the Alaska Native Language Preservation and Advisory Council in acknowledging a “linguistic emergency” that threatens the continued use of many Alaska Native languages. Earlier this year, the council warned that most of the 20 recognized indigenous languages in Alaska could become extinct by the end of the 21st century unless there are policy changes to support the learning and speaking of these languages.

“There is still work to be done. This linguistic emergency declaration is just the beginning. Now it’s time to buckle down and fight for the survival of these languages and the cultures they represent,” said Rep. Ortiz.

House Concurrent Resolution 19, which resulted in Sunday’s administrative order, passed the Alaska House of Representative in March by a vote of 34-4. The Alaska State Senate unanimously passed the resolution in April. Alaska Governor Bill Walker signed Administrative Order 300 on Sunday as part of the opening celebration of the “Social Justice Doers: Partners for the Next 10,000 years” summit in Juneau. The summit, which is sponsored by the First Alaskans Institute, runs today and tomorrow at Centennial Hall.