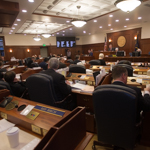 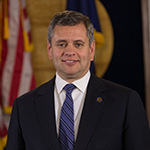 “The U.S. Department of Defense made this issue a national priority, and they worked with us on the language in this bill. House Bill 3 builds on a foundational principle of the National Guard that these brave soldiers who volunteer to protect our country and respond to emergencies should be able to return to their civilian jobs when their service is done. That protection applies to Alaskans in the Alaska National Guard but until this bill is signed into law that protection does not apply to Alaskans who serve in the National Guards of other states. The fact that this bill passed both the House and Senate by unanimous votes is just another example of the high regard we all place on the service of those who join the National Guard, no matter the state,” said Rep. Tuck.

Federal law protects the reemployment rights of all National Guard members when they are called into federal service. Alaska law provides employment protections for members of the Alaska National Guard called into service by Alaska’s governor, but the law does not presently apply to Alaskans who serve in the National Guard of another state. HB 3 fixes that flaw in state law.

In testimony supporting HB 3, the Northwest Regional Liaison for the Department of Defense confirmed that at least 33 Alaskans who serve in the National Guard of other states would have their reemployment rights protected through the passage of HB 3.

To date, 28 states have passed legislation similar to HB 3 and three other states are taking up the issue in their legislatures.

House Bill 3 passed the Alaska State Senate today by a unanimous vote of 19-0. The bill passed the Alaska House of Representatives in February of 2017 by a vote of 39-0. After a concurrence vote in the House, the bill will be sent to Alaska Governor Bill Walker for his signature.