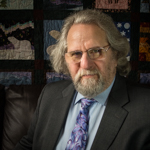 Juneau – Today, the Alaska House of Representatives passed a bill sponsored by Representative David Guttenberg (D-Fairbanks) to define broadband internet in Alaska as a responsibility of the Regulatory Commission of Alaska (RCA). House Bill 384 does not enable the RCA to do anything that is currently preempted by the Federal Communications Commission. However, the bill would allow the RCA to collect information to more accurately map broadband internet coverage in Alaska.

“House Bill 384 clarifies that the RCA is expected to play a role in developing broadband internet throughout Alaska,” said Rep. Guttenberg. “Better mapping will allow for a clearer picture of Alaska’s broadband coverage gap. We keep falling behind in broadband coverage in Alaska just when we need it the most to take advantage of the modern online economy. Until we know where the coverage gaps are, we can’t start catching up to other areas of the country.”

Current coverage maps indicate that the entire state of Alaska has access to broadband upload speeds of at least 10 Mbps but the maps are flawed and inaccurate because they are based on coverage information from the census block level. More accurate mapping will allow internet providers to identify areas in need of increased broadband coverage, especially in rural parts of Alaska.

House Bill 384 passed the Alaska House of Representatives today by a vote of 21-17. The bill will now be sent to the Alaska State Senate for consideration.