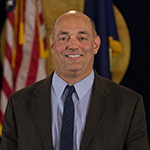 Juneau – Today, the Alaska Legislature passed a resolution urging cooperation among state departments to protect the health of wild and domestic animals. House Concurrent Resolution 23 calls for increased data collection on diseases and foreign pathogens to better facilitate science-based management decisions. The resolution is a call to action for the Departments of Fish and Game, Natural Resources, and Environmental Conservation to cooperate on measures to prevent the spread of diseases and pathogens among Alaska’s wildlife and domestic animals.

“There are legitimate concerns that bacteria like the recently identified M.ovi bacteria can harm Alaska’s wild Dall’s sheep and goats. This resolution is intended to advance a coordinated effort to monitor and protect Alaska’s immensely valuable wildlife resources from the M.ovi bacteria and other diseases and pathogens,” said HCR 23 sponsor Representative Andy Josephson (D-Anchorage). “I want to thank my colleagues in both the House and Senate for taking this issue seriously and for acting swiftly to put the Alaska Legislature on record supporting efforts to ensure the continued health and survival of our wild and domestic animals.”

The M.ovi bacteria has recently been documented in a small number of Dall’s sheep and mountain goats in seven Game Management Units in Alaska. The bacteria, which has caused die-offs in several western states, impacts animals by impairing their ability to clear harmful bacteria that can collect in the lungs and cause pneumonia.