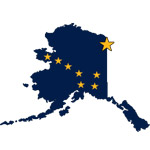 Anchorage – The co-chairs of the legislative working group created by House Bill 111, Sen. Cathy Giessel (R-Anchorage) and Rep. Geran Tarr (D-Anchorage), announced today the working group’s membership, along with the formation of an advisory group.

The formation of a legislative working group to evaluate Alaska’s fiscal system for oil and gas was part of House Bill 111, a bill that reformed Alaska’s tax credit program for oil and gas companies. The bill was signed into law in July this year, after passing both the House and Senate along strong bipartisan lines.

The co-chairs plan to schedule an organizational meeting laying out the framework shortly.