We’ve been talking about neighborhood crime and how to address the crime. I think by now many have heard about Senate Bill 54, a measure that has passed the Senate and now awaits action in the House, which will make some changes to Senate Bill 91, including allowing judges to use jail time in sentencing for first time C-felonies, changes in misdemeanor penalties, and violations of conditions of release. This bill addresses sentencing for both first time and repeat

Crime has become a critical issue here in Anchorage. With three children, I too am concerned about the rise in crime in our great city. Over the past several weeks I have been meeting with public safety leaders including… 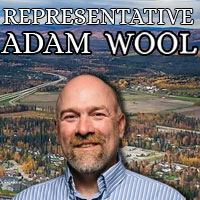