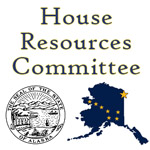 Juneau – Earlier today, the leadership of the Alaska Senate Majority reversed course and called for action during the Second Special Session on legislation to fix Alaska’s flawed system of subsidizing the oil and gas industry on the North Slope through overly-generous tax credits. The Alaska House Majority Coalition welcomes a renewed focus on this important issue.

House Bill 111 is a priority of the Coalition as part of a series of bills that make up a comprehensive fiscal plan. The House version of HB 111 would end the practice of paying oil companies cash for tax credits but also included provisions limiting the nearly unlimited liability to the state under the current oil tax credit system.

During a press conference this morning, the Senate Majority agreed to support an end to cash subsidies for North Slope oil companies, but refused to consider the other provisions in the House version of HB 111 that would protect Alaska during times of low oil prices and ensure Alaskans know how oil industry subsidies are used and who gets them.

“We continue to see a kick the can approach from our colleagues in the Senate Majority on this and other fiscal plan measures. We have said from day one that Alaska’s flawed oil tax system needs to be fixed to give industry the stability they need to make investments going forward,” said House Resources Committee Co-chair Rep. Geran Tarr (D-Anchorage), Chair of the Conference Committee tasked with working out the differences between the House and Senate versions of HB 111. “This new Senate Majority proposal is a half-measure that continues a flawed system that leaves Alaska on the hook covering potentially billions in industry losses for years to come. I look forward to working with Senator Giessel on this issue, but the proposal they unveiled today does not address the underlying problem of costs to the state.”

Both versions of HB 111 end the practice of subsidizing the oil industry on the North Slope with unaffordable tax credits, which is expected to save the State of Alaska an estimated $1.5 billion over the next 10 years. However, the Senate version of the bill would result in the loss of an estimated $1.45 billion by replacing the cash for credit system with a higher percentage of “carry forward” deductions that oil companies could subtract from production and other taxes they pay to the State of Alaska.

“I can’t support the Senate Majority’s new proposal because they essentially are just changing the name of the liability but the state will still pay the same to the oil companies. We may not pay cash but will still lose revenue for our commonly held oil resources. Changing the name but paying the same is not a solution,” said House Resources Committee Co-chair Rep. Andy Josephson (D-Anchorage), who sits on the HB 111 Conference Committee. “The members of my Coalition tried to fix many of the well understood flaws in the oil tax system last year, but those solutions were rejected by the Senate Majority. We are trying to fix these flaws again this year but the Senate Majority continues to refuse to act. Our Coalition has had a sense of urgency to fix this flawed system since the first day of the session. The first time I have seen a sense of urgency on this issue from the Senate Majority is this morning.”

Department of Revenue analysis of the two versions of HB 111 shows that by Fiscal Year 2027 the tax value of the carried forward losses by oil companies on the North Slope is estimated at just over $600 million under the House version of the bill but jumps up to over $1.45 billion under the Senate version. That same analysis shows that the House version of HB 111 brings in additional revenue to the State of Alaska, but under the Senate version of the bill production tax revenue will decline.

Governor Bill Walker included House Bill 111 on the agenda for the Second Special Session of the 30th Alaska State Legislature, which is scheduled to end on July 17.