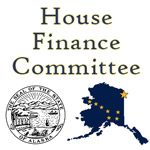 Juneau – Today, the House Finance committee introduced House Bill 115, the State Revenue Restructuring Act, which combines revenue from the earnings of the Permanent Fund and a progressive income tax to establish a stable and balanced revenue stream fair to all Alaskans.

“Combined with the House Resources Committees efforts to rationalize Alaska’s oil and gas subsidies and ongoing efforts by the finance committee to find smart spending cuts without eliminating core services, this represents what we believe to be the most fair approach to fulfilling the government’s constitutional obligations and sustaining the kind of Alaska our constituents want to live in,” said House Finance Committee Co-chair Neal Foster (D-Nome).

HB 115 will create an annual draw from the Permanent Fund Earnings Reserve Account (ERA) of 4.75 percent of the market value of the entire fund, known as a POMV draw.  One third of this draw will go directly to the dividend fund to pay Alaskans’ Permanent Fund Dividends (PFDs).  The remaining two thirds would go to the state’s general fund to support state operations.  Under this calculation dividends are expected to start around $1,100 and grow sustainably over time. This POMV draw will generate approximately $1.5 billion to $2 billion annually for the general fund.

“We are proud to introduce legislation to put Alaska on a stable long-term path towards the future Alaskans have told us they want,” said House Finance Committee Co-chair Paul Seaton (R-Homer).  “Time and again we have heard that our constituents want more than the bare minimum of government that can be sustained on our drastically depleted oil revenue. Instead, they charged us with providing for quality education, essential infrastructure, and safe and healthy communities. This is what business leaders and economists have told us is crucial for job creation and a thriving economy; and it is what Alaskans who want to raise families and grow old here tell us is crucial to making the most of the state they love.”

The State Revenue Restructuring Act would also tax income for both residents and non-residents at 15 percent of federal income tax due or $25, whichever is greater.  This is a lower rate than the previous income tax in the 1960s, which rose as high as 16 percent of federal liability.  Additionally, capital gains will be taxed at 10 percent to bring tax rates on different forms of income into alignment.  Residents can choose to apply some or all of their PFD to their income tax due, receiving any overpayment as a refund.  The income tax would raise an estimated $655 million annually once fully implemented.

“Oil and gas will remain a pillar of the Alaska economy for decades.  However, this plan represents a transition from an almost exclusively resource-funded government, to one funded by diverse sources,” said Speaker of the House Rep. Bryce Edgmon (D-Dillingham).  “The Permanent Fund belongs collectively to all of us, and we should direct a portion of our common investment earnings towards the state services we all utilize. It is unfair, however, to rely exclusively on Alaskans’ shared savings when that represents a tax that hits Alaska’s children and families the hardest, while holding harmless our sizable out of state workforce.  With these and many other factors in mind, we have sought a balance that ensures that all Alaskans contribute, while avoiding unfairly burdening particular groups or regions.”