FAIRBANKS – The 29th Alaska Legislature begins in January with a number of very important issues under consideration including how to address a significant budget shortfall while protecting vital state services and the health of the Alaska economy.  To better inform his decision making process, Representative Scott Kawasaki (D-Fairbanks) is seeking input and feedback from Fairbanks area residents.

“I anticipate some members will use the drop in oil prices and production as an excuse to further slash state spending despite the clear evidence that such a move will negatively impact vital state services like public education, snow removal, public safety and even effective management of our fish and wildlife resources,” said Rep. Kawasaki.  “I was elected to represent the people of Fairbanks.  That’s why their input on these huge financial issues is vital as I and my colleagues prepare for the next legislative session.” 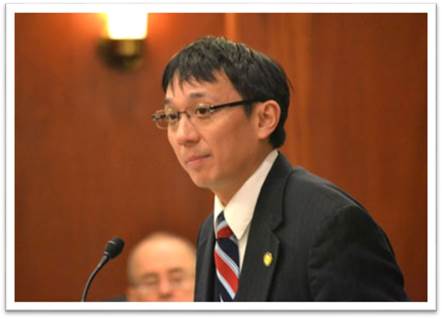 Rep. Scott Kawasaki (D-Fairbanks) speaking on the floor of the Alaska House of Representatives on March 31, 2015

Rep. Scott Kawasaki is holding a constituent meeting to gather input from area residents on Wednesday, December 9 at the Noel Wein Library Auditorium in Fairbanks from 5:30pm to 7:00pm.  Fairbanksans are invited to discuss a variety of topics including the budget, the natural gas pipeline, public education, legalized marijuana, and healthcare.

“This is a critical time for the economic future of Alaska,” said Rep. Kawasaki. “Public input is vital in this process and I look forward to hearing from Fairbanksans about their budget priorities.”