NEWS: Hundreds Rally for Public Education on the Capitol Steps 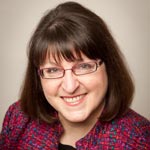 JUNEAU – Today, around two hundred parents, students and community members rallied on the steps of the Alaska state Capitol in support of increasing school funding and in opposition to allowing public money to go to private schools.

“Going to public schools was where I knew I would be safe and where I would have the support I needed as a low-income child,” said Tori Talley, a senior at Juneau-Douglas High School. “My teachers have always been an extremely caring and motivational support group. Public schools helped pave the road to my future, and now I’m going off to college.”

“We just cannot divert public money to private schools. It’s simply a bad idea,” said Dave Noon, a parent of a public elementary school student and a history professor. “As you look through history, there is no roster of heroes who opposed public education.”

The crowd called for an increase to the Base Student Allocation and called on legislators to abandon constitutional amendments (SJR9 and HJR1) that would allow public money to go to private schools.

“We have seen teacher layoffs across the state and flat funding for years. I think Alaskans from every walk of life have had enough and this is a way to be heard,” said Representative Harriet Drummond (D-Anchorage) who sits on the House Education Committee and has been an outspoken advocate for Alaska public schools. “I’m very excited about the turnout today. It sends a loud message that Alaskans expect us to do better by our public schools.”

The Juneau Harborview Elementary School PTA hosted a bake sale to raise money for their school during the rally. Great Alaska Schools hosted sign making parties over the last week where students created their own signs. At the rally, the crowd held a variety of pro-public education signs with slogans such as “Kids not Cuts, Support Public Schools,” “Vouchers Hurt Public Schools,” and “Public Funds, Public Schools.”

For photos of the event, go to the Alaska House Democratic Caucus Facebook page, or email Mark Gnadt mark.gnadt@akleg.gov.