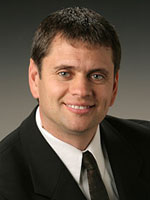 This past week, I joined other colleagues in an effort to improve our education system. We worked hard to prevent the State House from moving Alaska education backward. Unfortunately, we were not successful.

ADVISORY: Save Our Schools: Democratic Legislators to Host Public Hearing on Alaska Education

WHAT: S.O.S. Save Our Schools Public Hearing on Education in Alaska – The public is encouraged to come share its voice on Alaska’s public schools and early education.
WHEN: March 25, 2013, 1:00 p.m. to 3:00 p.m.
WHERE: State Capitol, Fahrenkamp Room 203 or at your local Legislative Information Office

Is that a way to craft an oil bill for this state’s future? This week one of the architects of the Senate’s oil tax bill similar to the Governor’s version followed oil company testimony stating they wouldn’t guarantee new production if the bill passed – and you just can’t make this stuff up – by saying “It’s kind of a crapshoot”. Juneau Empire, March 17, 2013.